Bengaluru, Mar 21: The ruling BJP government has clearly stated that the opportunity to appear for re-examination of practical subjects will not be given to those students, who participated in the protest demanding Hijab. This means that the students will lose all the 30 marks allotted for the practical examinations.

Primary and secondary education minister B C Nagesh said that a second chance to appear for practical examinations will not be given to those students who boycotted them in February and March citing Hijab row as the reason. 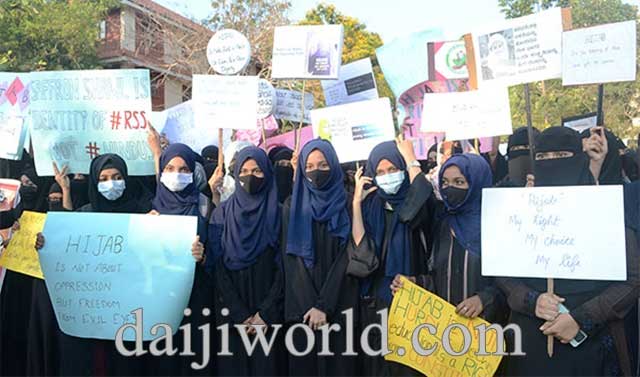 Opposition parties had urged the ruling BJP government to give an opportunity to such Muslim girl students to take their practical examinations once again after the High court upheld the order of government.

Nagesh said, “If we allow the Muslim girl students who boycotted the practical examinations for not allowing them to wear Hijab, some other students will demand examinations citing some other reason. So this is not possible.”

Now the affected students have approached the Supreme Court questioning the high court's verdict on Hijab.