The blessing of the renovated hall was performed by the bishop of Mangalore diocese, Dr Peter Paul Saldanha.

In his inaugural speech , N Shashikumar said, "When I was deputed to Mangaluru, many gave me negative pictures about the city. But when I reached the city I came to know of the kindness of the people and the richness of the culture here. I feel that the artistes of Mangaluru do not limit themselves to stage or their related field. They also act as cultural ambassadors of their land. They always show interest in protecting the cultural heritage which their ancestors built. Don Boso Hall is the best example for it. I commend all the office bearers and artistes who associate with Don Bosco Hall for their ideology of passing the legacy of their ancestors to the next generation. This is very much needed in the current situation. I wish all the success to the artistes who are performing in this hall in the coming days." 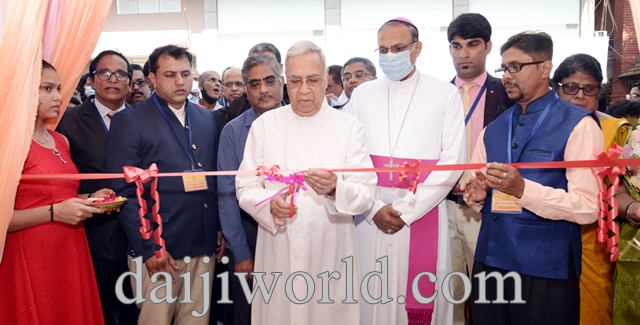 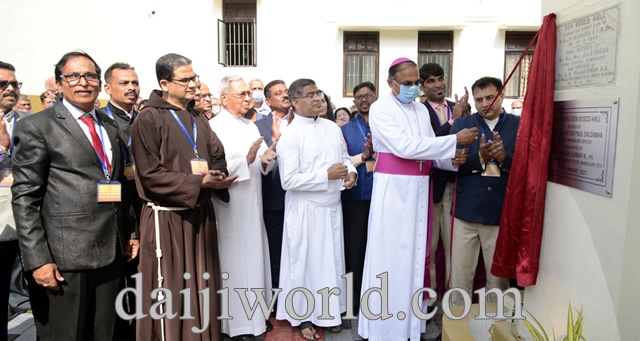 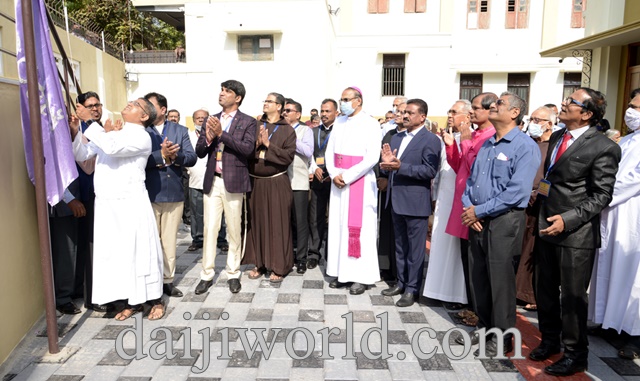 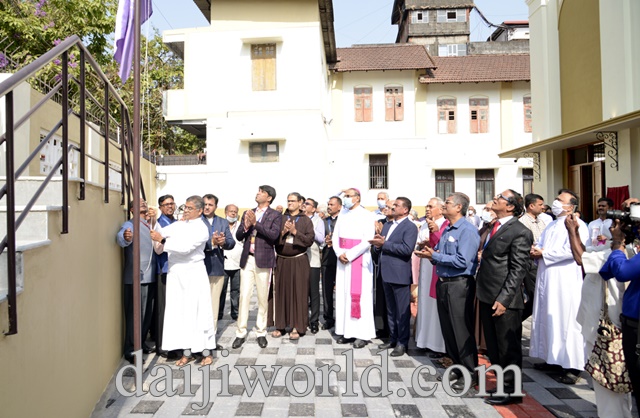 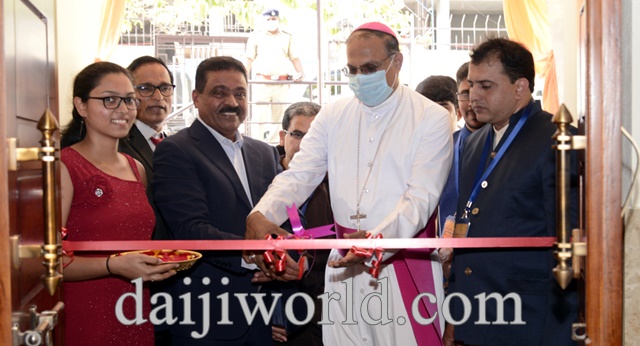 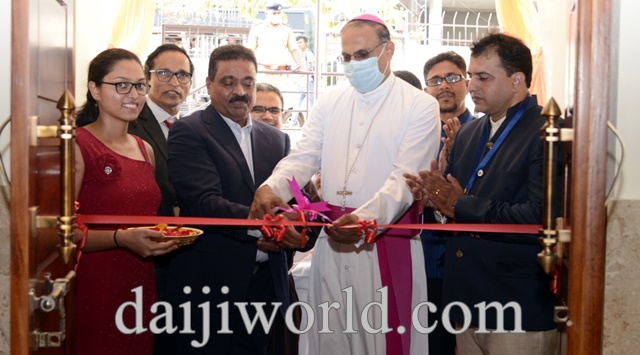 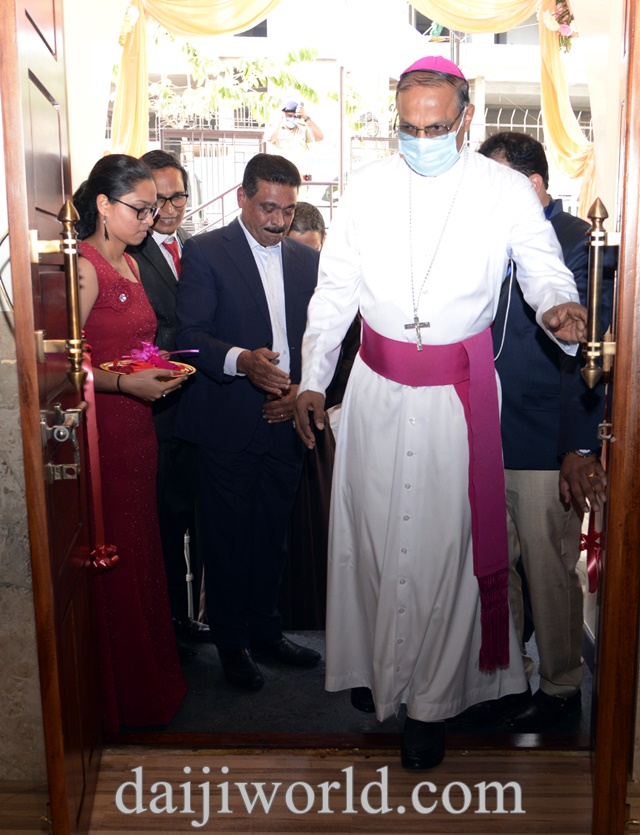 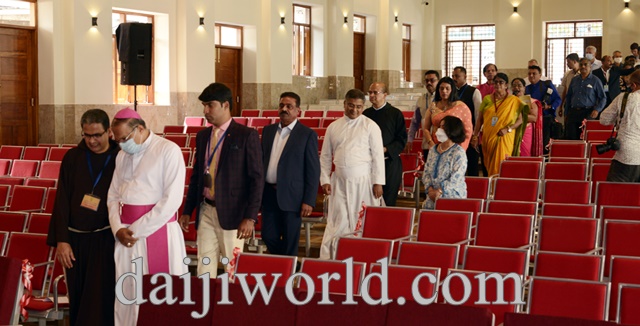 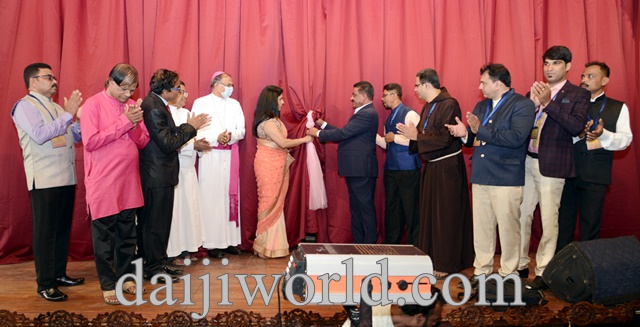 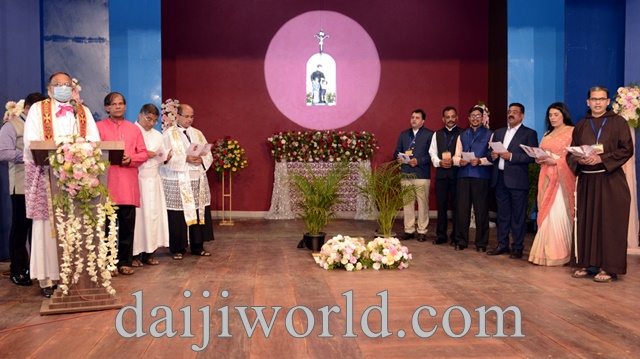 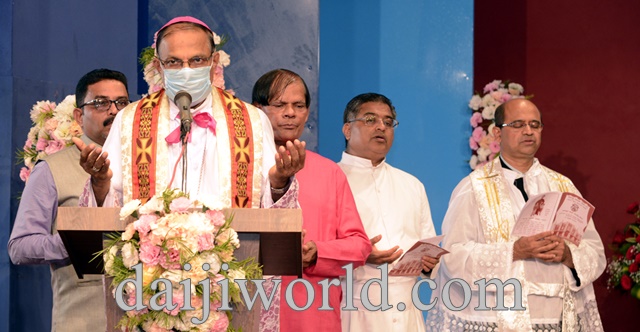 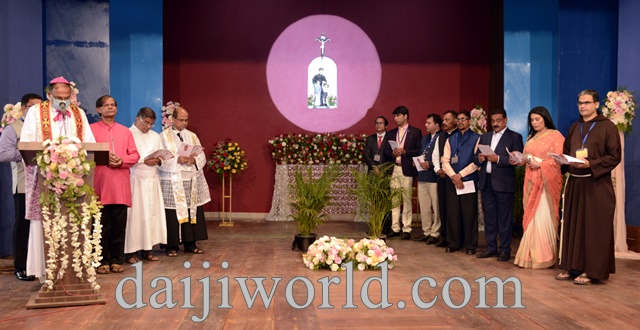 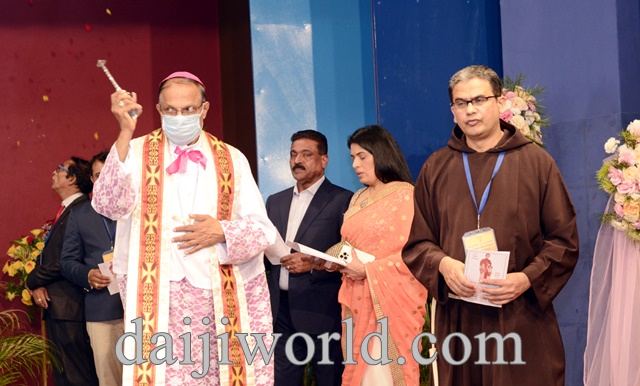 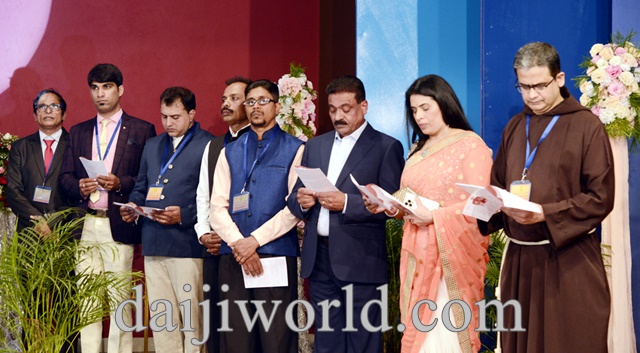 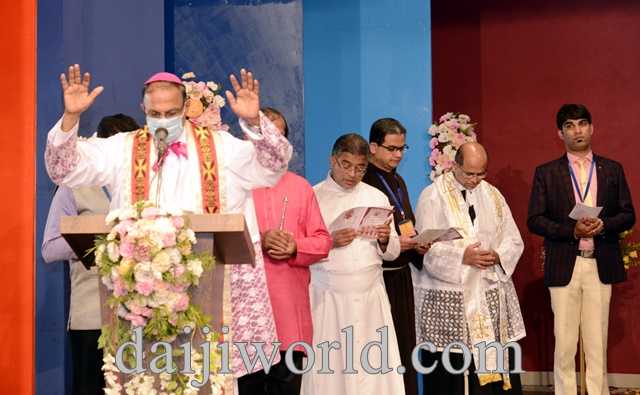 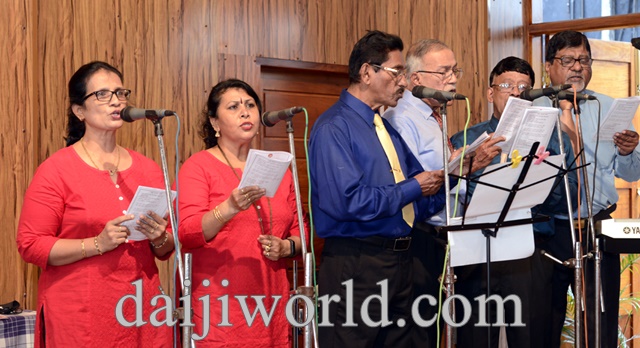 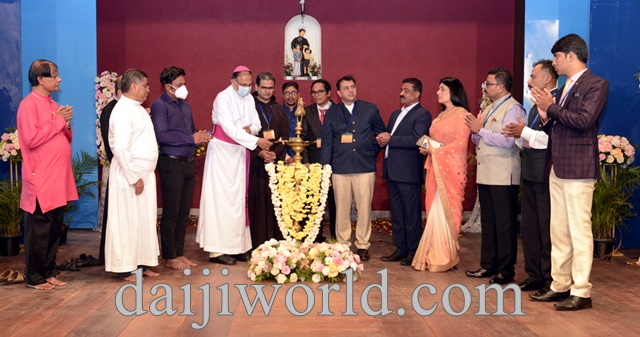 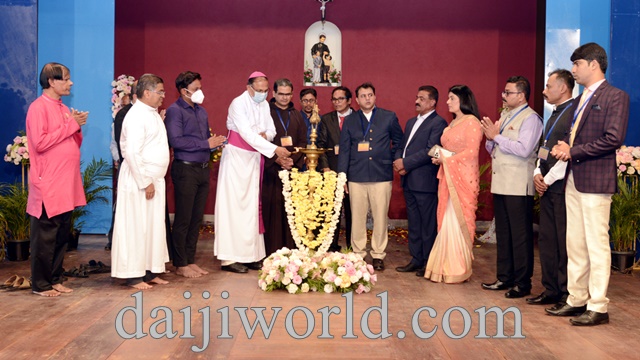 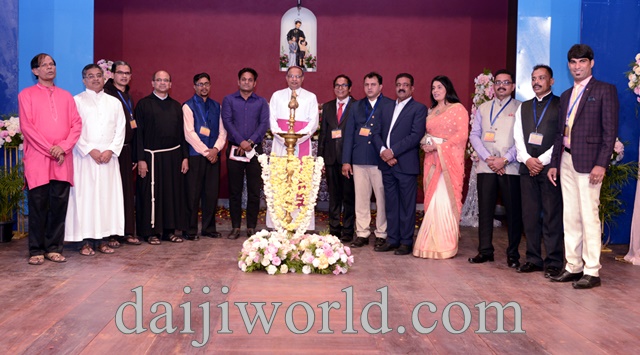 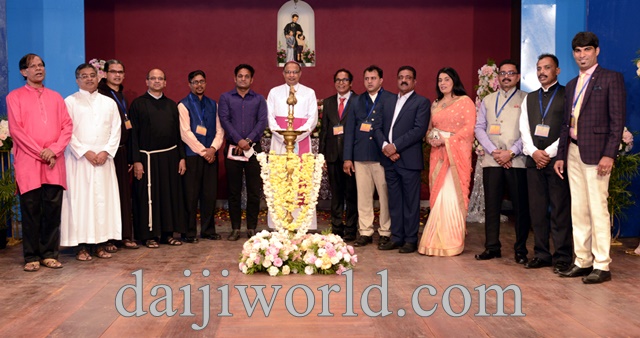 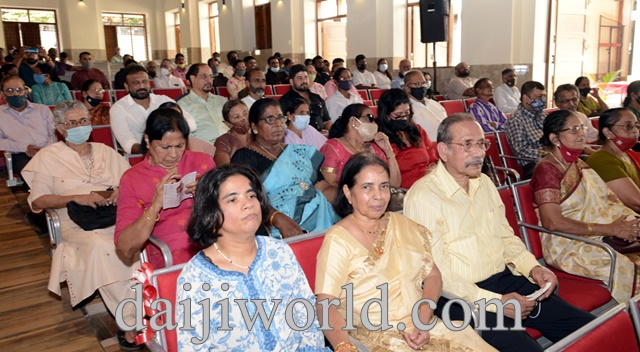 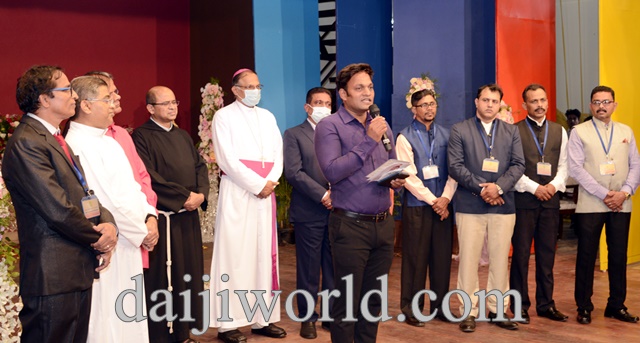 Bishop of Mangalore diocese Dr Peter Paul Saldanha said, "I have many memories about Don Bosco Hall. I used to attend religious dramas in Don Bosco Hall. 'Kristavank Shivank Diya', 'Bernadeth' , 'Christacho Pashanv' and other plays were performed here and they helped the audience understand the religion with a dose of entertainment. Earlier this hall was like a diamond on the crown of Mangaluru city. But for some time the name of this hall was unheard of for some reason. A person's behavior embodies the theory of what he listens, what he watches and who are their contacts. The artists and writers are the main instruments of giving life to ideas which teach something good to the people. I thank all the artistes, writers and those who were a part of Don Bosco Hall for serving the society and community. I am sure thousands are influenced by the plays which are exhibited in this hall. Thousands of talents flourished in Mangaluru and its surroundings through the competitions which were held in Don Bosco Hall. Knowing the necessities of changing generations, the managing committee of the hall came up with an idea of renovating the hall. Today, we have witnessed its inauguration. On this occasion, I congratulate its president and all the office bearers. I wish that the Don Bosco Hall will become a culture hub of the city with a good vision and mission."

Vice president Liston Derric D'Souza welcomed the dignitaries and those gathered. Dolphy Saldanha, senior artiste, compered the event. After the inauguration, the cultural events were held by its members.

The Don Bosco Hall took birth in 1948 through the Konkani Natak Sabha. The theater was backed by the concept of religious achievement, moral values and lifestyle through plays. The hall has provided opportunities to stage plays, musical programmes, Yakshagana and different performing art forms. It also has the credit of being the first ever theater in coastal Karnataka.

The Konkani Natak Sabha , founded by George Albuquerque Pai, was continued, nurtured and groomed by a Capuchin priest Philip Neri. In its initial years, the Milagres School premises served as the venue for the meetings, dramas and other activities of Konkani Natak Sabha. At the same time, the search had begun for having its own premises for Konkani Natak Sabha. As a result, a roadside property at Balmatta Road near Hampankatta was purchased and registered in 1946. Fr Richard, the Capuchin provincial head laid the foundation stone on September 19, 1948.

Though raising funds for the construction of the building proved to be a difficult task, Jesuit priest George A Pai and Capuchin friar Philip Neri took it up as a challenge and completed the building construction project with the help of various generous donors. St Don Bosco was chosen as the patron and guardian of Konkani Natak Sabha. Hence the building came to be known as Don Bosco Hall. The new auditorium was blessed by Fr Julian D'Souza; vicar general (Shresta Guru) of Mangalore Diocese on August 19, 1951 and the then collector Sri Rajaratnam inaugurated it. On this occasion, a play 'Sapan Va Nij Gazal', written by M P D'Sa was performed on the new stage.

Over the last 70 years of its existence, Don Bosco Hall has provided a platform for thousands of artists, dramatists, singers and music composers to introduce and showcase their talents. This hall, which has a history of seven decades, is now renovated into a stunning modern theater. It is all set to host artistic performances by the exponents of theater, music and dance. There are also facilities for conducting various training programmes in art. In all, 272 drama and performance artistes of 14 different units are the members of Konkani Natak Sabha. There is also a women's unit.