Bengaluru, Jan (IANS): In terms of air-quality and pollution levels, cities in south India are seen to fare better than their counterparts in north India, but things may not be so rosy anymore. Several cities in the states of Andhra Pradesh, Telangana, Tamil Nadu, Karnataka, and Puducherry, suffer from pollution levels that exceed the World Health Organisation (WHO) guidelines, a study by Greenpeace India reveals.

The latest report by Greenpeace India, analysing the Central Pollution Control Board (CPCB)'s data from ten major cities of southern India reveals that average pollution levels in the cities far exceed the latest WHO guidelines. 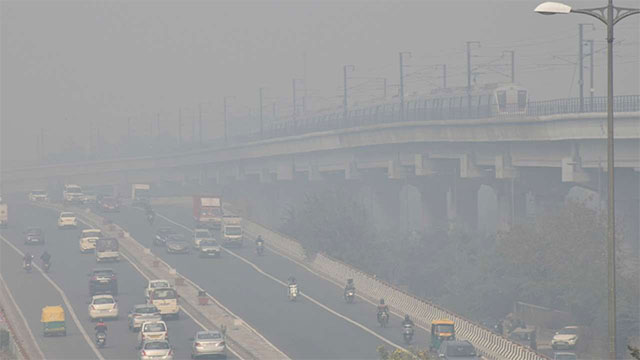 Central Pollution Control Board (CPCB)'s data on ten cities - Bengaluru, Hyderabad, Chennai, Amaravati, Visakhapatnam, Kochi, Mangalore, Puducherry, Coimbatore and Mysore - were selected and analysed based on the availability of data, population and monitoring station networks. It was found that despite pandemic-induced lockdowns and subsequent reduction in economic activities, the annual average values of PM2.5 and PM10 exceeded WHO's revised standards by many folds, a statement from Greenpeace India stated on Thursday.

Commenting on the analysis, Avinash Chanchal, Campaign Manager, Greenpeace India says: "The data shows that lockdown is not a solution to air pollution. Relatively lesser economic activity and vehicles is also putting us in a dangerous position. We have to prioritize the immediate shift to clean energy and clean transport to stop more damage."

Chanchal also highlighted: "Making our urban transport networks accessible and sustainable can play a major role in combating India's urban air pollution crisis. Majority of the population in these cities is already using public transport or sustainable ways of transportation. But the infrastructural focus is still on private vehicles. Efforts and lifestyle of the masses must be appreciated and encouraged as they are contributing to making our cities sustainable."

Terming the citizenry using public transport as 'Heroes', Chanchal adds, "The pollution control boards must realise that no level of air pollution is safe and even the long term exposure of lower level of concentrations of air pollution can severely impact human health. Thus, the CPCB must revise the current national ambient air quality standards for all pollutants based on WHO's proposed interim target and gradually achieve the revised standards."