Daijiworld Media Network - Bengaluru (SP)
Bengaluru, Jan 27: Seasoned politician and member of the state Legislative Council, C M Ibrahim, has left the Congress for his "good." He is apparently annoyed that the post of the leader of the opposition in the Council was not given to him.
Addressing a press meet here on Thursday, January 27, Ibrahim said he was happy to know about the decision taken by the All India Congress Committee. "The decision will enable D K Shivakumar and B K Hariprasad to work in tandem. The two can work in cohesion as their thought processes match well", he said sarcastically. 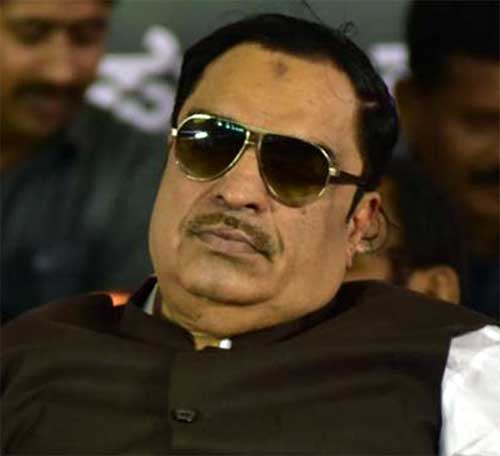 Ibrahim said that he would resign from his MLC post as soon as possible and take a decision on this issue after holding deliberations with the Janata Dal (S) supremo, H D Deve Gowda.
"I have never been able to adjust myself with the functioning of Shivakumar. His ideologies do not match with mine. I had good rapport and understanding with Siddaramaiah. But my association with the Congress is a closed chapter now. I had entered Congress because of Siddaramaiah. Now, Sonia Gandhi has reduced my responsibility. I will take further decisions after holding discussions with my close aides and well wishers," he stated.
"I deserted the JD(S) that was built by going to jail for Siddarmaaih and Deve Gowda. I will take a decision soon about further course of action. I need to explain to Congress my situation. I had led Siddaamaiah to Badami. I will fall at his feet for giving me a new political life," he said.
"I took Siddarmaaiah to Badami as I had the inkling that he might be defeated in Chamundeshwari constituency. For having done that, he has given me a precious gift," he added. Ibrahim displayed photos of nominating Siddaramaiah. He punned that he wanted to see whether "Congress will heal from the Covid infection" after he leaves.