Mangaluru, Jan 26: The state government has introduced several new schemes in order to encourage pisciculture or fish farming activities in the state. It has been decided to increase fish farming in agricultural pits through the Pradhan Mantri Matsya Sampada Yojana. The scheme has several plans like extending subsidy to those who conduct pisciculture, producing different fish breeds in the state and so on.

In the light of its health benefits, fish has been in high demand of late. The fish can be grouped into freshwater and salt water. The fish from the sea are classified as salt water ones while the ones from rivers, ponds, canals etc., are grouped as freshwater. 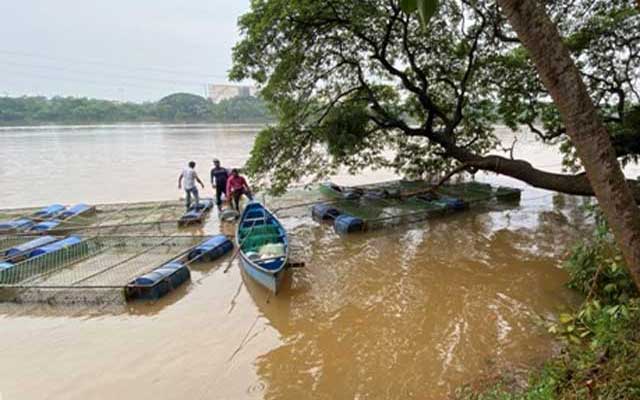 The demand for fish is so high the fishing industry is unable to cater to it. Therefore the government has decided to encourage freshwater pisciculture and is extending grants and subsidies for this activity through the Pradhan Mantri Matsya Sampada Yojana.

For the scheduled caste and tribe individuals engaging in this activity, 60 percent subsidy is being provided. The state has decided to set up fingerling production units in the state to avoid dependence on Tamil Nadu, Andhra Pradesh and Gujarat.

Vehicles with freezer facility are available for transporting fish to the markets and arrangements to run them on solar and electricity have also been made, says minister for fisheries and ports, S Angara. A cooperative society of fish farmers will also come up to extend facilities like fingerlings, fish food etc. There is therefore hope that this will become a lucrative income generating activity.