What's next for Webb telescope after reaching final destination in space

But, the science operations are expected to begin only in late June or early July, Space.com reported. Till then there's a lot more to be done.

A joint effort with the European Space Agency (ESA) and Canadian Space Agency, the Webb mission was launched on December 25, last year. 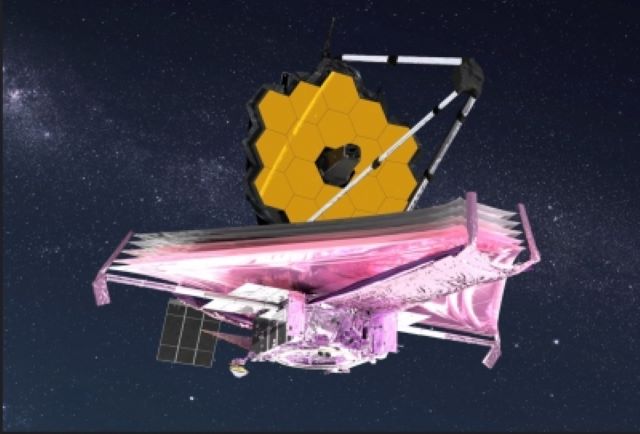 At 2 p.m. EST on Monday, Webb slipped into orbit around the Earth-sun Lagrange Point 2, a gravitationally stable spot in space about 930,000 miles (1.5 million kilometers) from our planet.

"We expect the first science images from JWST to come back in about five months," Amber Straughn, the deputy project scientist for Webb science communications, said during a webcast Webb event on Tuesday.

The Webb team will be working on two major tasks over the next five months.

The first is precisely aligning the 18 hexagonal segments that make up Webb's 6.5 meters wide primary mirror.

As ofA now Webb's primary mirror segments and secondary mirror have been deployed from their launch positions.

For Webb to function properly, the light-collecting surface must be nearly perfect. The process, which will take about three months, is expected to begin next week, the report said.

Further, the Webb team will focus each of the 18 primary mirror segments on a bright, distant star. And they've already chosen this target -- a sunlike star known as HD 84406 that's part of the constellation Ursa Major (The Great Bear).

"It's just near the bowl of the Big Dipper," Lee Feinberg, the Webb optical telescope element manager at NASA Goddard, said in a different webcast event on Monday. "You can't quite see it with your naked eye, but I'm told you can see it with binoculars."

After the primary mirror is set up, the Webb team will align it with the 0.74 m wide secondary mirror, which is so named because it's the second surface that photons will hit on their way into the observatory's four science instruments. That milestone will mark the end of the major mirror work, team members said.

But Webb's instruments will still need to be checked out and calibrated. The team expects to have everything done by late June or early July, the report said.

The first year of science observations has already been planned out, Straughn said.

"We will be looking at things in the universe ranging from objects within our own solar system, all the way out to searching for the very first galaxies to be born after the Big Bang and everything in time and space in between," she said. "It's going to be awesome."

Title: What's next for Webb telescope after reaching final destination in space