Responding to questions from media representatives on the reported statement by senior BJP leader Basanagouda Patil Yatnal on some ministers, MLAs and ruling party leaders were in contact with the Congress for switching loyalties, he declined to name the leaders from BJP or other parties who were in touch with him. 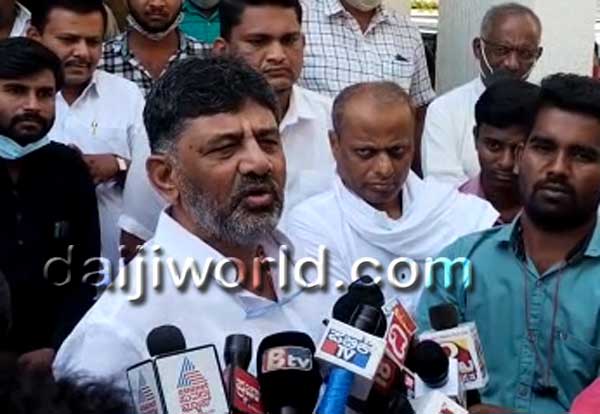 “These are all internal matters of the Congress party. I cannot discuss them in public,’’ he said clarifying that the BJP leader must be knowing what is happening in his own party.

The leaders of BJP and other parties may be thinking of their political future, he quipped.

Answering questions on Housing Minister V Somanna’s statement that the BJP government will implement the Mekedatu balancing reservoir project and will not allow Congress party to claim credit, the KPCC Chief said the party would warmly welcome the government’s decision.

“BJP has 25 MPs. Thiers is a double engine government. They have the capacity and power to get all approvals and clearances in a single day. We will welcome and join them in performing the pooja for launching the project,” he declared making it clear that the Congress wants the project to materialise.

On Chief Minister Basavaraj Bommai completing 6 months in office on January 28, Shivakumar said the Congress party has no problem if he remains in power till May 15, 2023 or till the next assembly elections.

“We will not try not to destabilise the government. We will also not speak against the Chief Minister like BJP leaders, who might try to unseat him. We don’t want that,” he declared.

Asked about Health and Medical Education Minister Dr K Sudhakar blaming the Congress party for violating the Covid restrictions, Shivakumar wondered how the minister could use the swimming pool when public were banned from doing so.

“At home, there is no restriction on husband and wife or children sitting next to each other and watching movies. But in cinema theatres, people have to leave the seat next them vacant. People are free to use all seats in Metro, KSRTC buses and Aircrafts. But in hotels and restaurants, 50 per cent occupancy. Who is behind such super scientific norms? Don’t we have common sense,” he asked.