50% of Covid infected may have lasting loss of smell: Study

London, Jan 24 (IANS): About 50 per cent of people infected with Covid-19 during the first wave of infections in 2020 may have long-term and even permanent changes to their sense of smell, according to preliminary research from Sweden.

From the early pandemic days, sudden loss of smell, or an impaired or distorted perception of odours, emerged as an unusual symptom of Covid.

While some people recovered, for some the sense of smell never quite returned to normal. 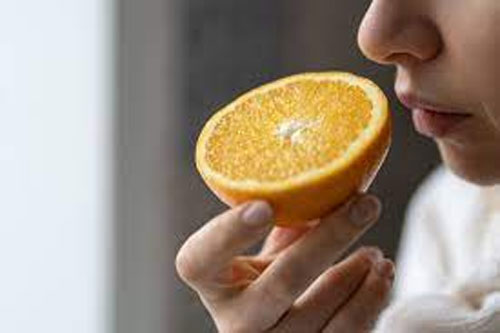 To explore, scientists at the Karolinska Institute in Stockholm ran comprehensive tests on 100 individuals who caught Covid in the first wave of infections in 2020, the Guardian reported.

The findings of the yet-to-be peer-reviewed study showed that 18 months after recovering from Covid 4 per cent people lost their sense of smell entirely.

However, a third had a reduced ability to detect odours, and nearly half complained of parosmia -- where the sense of smell is distorted.

"Given the amount of time since [the] initial insult to the olfactory system, it is likely that these olfactory problems are permanent," they wrote.

According to the UK Health Security Agency, a loss of smell or taste is less than half as common with Omicron than the Delta variant.

But there is no reliable data demonstrating that Omicron is less dangerous to the olfactory system, Johan Lundstrom, who led the research at the Karolinska Institute, was quoted as saying.

A severe loss of smell could also lead to depression and to people changing their diets, often for the worse, causing them to put on weight, Lundstrom said.

"When you cannot smell, all you can sense is the five basic taste qualities, tactile sensations and spices," he said.

"Unconsciously, people start to add more sugar and fat, or have an increased urge for fried food for the texture, all to get some enjoyment out of eating."

Lundstrom stated that people can get help by doing olfactory training.

"They might not regain 100 per cent of past performance, but most of them will, with training, get back to a point where their reduced sense of smell will not affect their lives," he said.

Title: 50% of Covid infected may have lasting loss of smell: Study