Mangaluru, Jan 24: Muddana (Nandalike Laxminarayanappa) happens to be a popular and highly respected figure in the history of Kannada literature. He lived from 1870 to 1901. Even though he lived only for 31 years, his rich contributions to Kannada literature are held in high esteem even to this day.

Muddana, who worked as a physical education teacher for a living, had immense interest in literature. He authored works like Ratnavati Kalyana, Srirama Pattabhisheka, Adbhuta Ramayana and Sri Ramashwamedha. 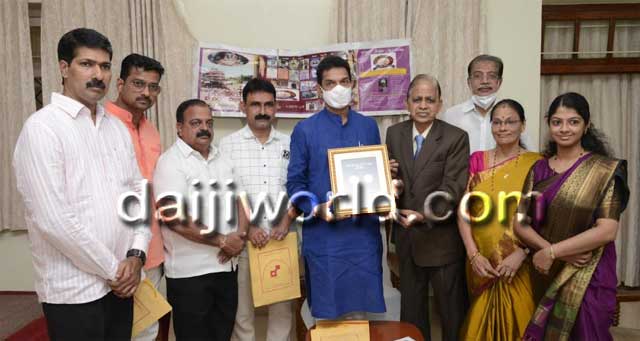 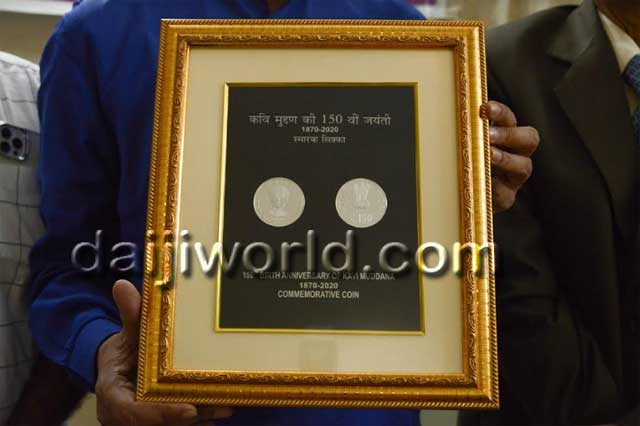 January 24 happens to be the 150th birth anniversary of this great poet. The special Rs 150 coin brought out in honour of Muddana, a native of Nandalike in Karkala taluk, by the central government has several unique features. The coin weighs 35 grams and has a circumference of 44 mm. It has been made with an alloy of four metals. Muddana's picture is engraved in the middle of one side of the coin.

MP Nalin Kumar Kateel, symbolically released this coin at Circuit House here on Monday January 24 in the presence of a few guests.