Bengaluru, Jan 23: “Opposition Leader Siddaramaiah has forgotten that Congress opposed the renaming of Ladyhill Circle in Mangaluru as Maharshi Narayana Guru circle. Now he is using the name of the same Narayana Guru to divide the society,” said minister for Kannada, Culture and Energy V Sunil Kumar.

Sunil Kumar further accused Siddaramaiah and said, “There are several records about Congress opposing the decision of MCC renaming the Ladyhill circle. Why was Siddaramaiah quiet then? Did he not have the respect towards Narayana Guru then? Why is Karnataka Congress capitalising on the issue created by the government of Kerala?" 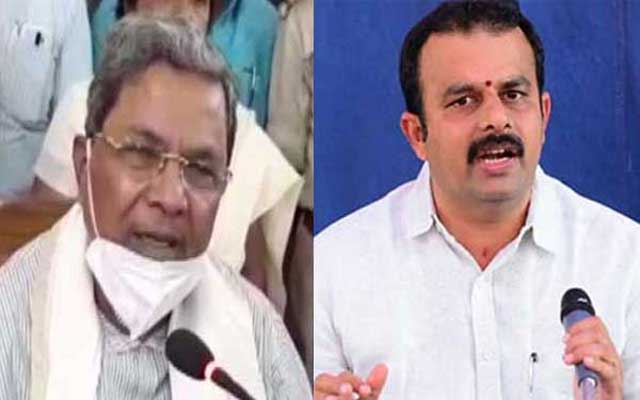 “Your respect and concern towards prominent leaders of Hinduism is opportunistic and intended at political mileage," ridiculed Sunil Kumar.

He accused the communist government of Kerala of making false propaganda and breaking the society by making an issue out of Maharshi Narayana Guru's tableau rejection on Republic Day.

“Tableaux for RD parade are not selected by the union government. A committee led by the top officers of defence does that work. The Kerala government is using Jatayu, Maharshi Narayana Guru and Shankaracharya in order to create controversy," alleged the minister.

He mocked Siddaramiah of holding a "doctorate in dividing society on the basis of religion and caste."

“Narayana Guru raised his voice against the evils in the society like inequality and casteism. But the communists and Congress are using his name to divide the society", said Sunil Kumar.

“Whether Siddaramaiah is in the ruling party or opposition, his intention is only to break the society. He uses every single opportunity to create unrest in society", alleged the minister.

“The people of Karnataka have not forgotten the emergency situation that was created when the Congress government led by Siddaramaiah was in power. He created a divide between Veerashaiva and Lingayat in order to win elections. He also demonstrated his low calibre by finding the caste of soldiers. He created animosity between religions through the Shaadi Bhagya scheme. He introduced Tipu Jayanti and encouraged his party workers to assault others. Now he is trying to take mileage out of the Narayana Guru tableau issue," added the minister.

“People of Karnataka have understood that though Siddaramaiah talks sweetly, he actually carries a wand in his hand. His attempt to instigate backward communities in the society and create a vengeance filled environment will not work", asserted Sunil Kumar.

He offered support to those organizations who have decided to take out a procession of Sri Narayana Guru tableau on Republic Day in the state. He said he would wholeheartedly support the move.

“Siddaramaiah may object to my statement of allowing Maharshi tableau in Karnataka. He might ask me to send that to Delhi instead of giving support here. It is better for ,Siddaramaiah to stop all this and desist from creating rest in the society,” said Sunil Kumar.