Udupi, Jan 23: Amid all the controversies surrounding the Republic Day parade, there is some good news for coastal Karnataka. A team from Udupi will be performing Kangilu folklore dance at the Republic Day cultural programs to be held in New Delhi on January 26.

Team Udupi Feets has been selected for performing Kangilu folklore dance on this national festival day in New Delhi. The Udupi Feets team comprises 14 students from MGM College and Poorna Prajna College from the city. The team is all set to perform on the big day. 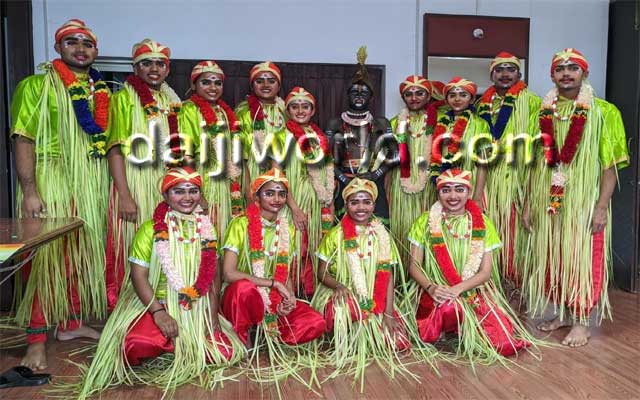 Kiran Padubidri and Gurucharan Polipu have trained these students. The zonal level selection was held on December 11, 2021 in Bengaluru. The team received a lot of appreciation at the zonal level and was selected for the national level rounds.

On December 18 the second round of the grand finale was held in New Delhi. As many as 104 teams had competed in the finale. Udupi Feets team emerged fourth and was commended by the judges.