The US Department of Justice immediately filed an appeal and case could be heard by the Supreme Court, reports Xinhua news agency.

On Friday, Judge Jeffrey Brown, appointed to the District Court for the Southern District of Texas by former President Donald Trump, issued a nationwide injunction ruling that the mandate exceeded Biden's authority. 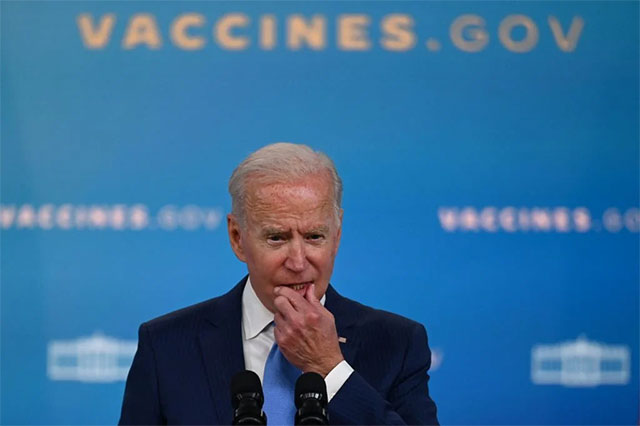 The case is about "whether the President can, with the stroke of a pen and without the input of Congress, require millions of federal employees to undergo a medical procedure as a condition of their employment", Brown wrote in his opinion.

"As the court has already noted, Congress appears to have limited the President's authority in this field to workplace conduct," Brown wrote.

"For its part, this court will say only this: however extensive that power is, the federal-worker mandate exceeds it."

Earlier this month, the Supreme Court blocked Biden's mandate that employees at businesses with 100 or more workers get vaccinated or regularly tested, while upholding the measure for healthcare workers.

The White House announced in September 2021 that more than 3.5 million federal workers were required to undergo vaccination, with no option to get regularly tested instead, unless they secured approved medical or religious exemptions.