New Delhi, Jan 20 (IANS): Days after AAP chose comedian-turned-politician Bhagwant Mann as its chief ministerial candidate for the state of Punjab, the BJP took a dig at the party by calling Mann an "addict who cracked dirty jokes in public functions as a profession in the past."

"By drinking himself and making dirty jokes among people in public functions one can imagine what would Mann do with the people of Punjab. It is comic that those who are addicted to liquor are now talking about prohibition," BJP Delhi president Adesh Gupta told IANS. 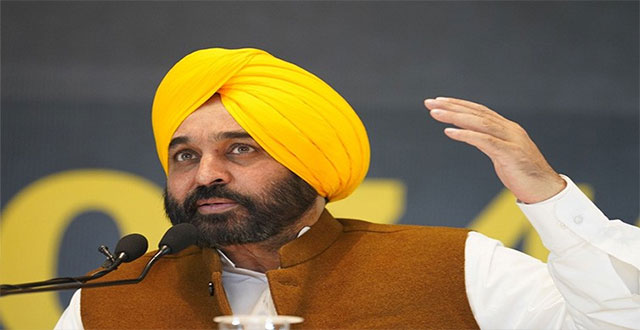 He also refuted that over 22 lakh calls were received by the Kejriwal party in favour of Mann. "Kejriwal is saying maximum calls in three days came for Bhagwat Mann. While full three days have 2,59,200 seconds Kejriwal is claiming over 22 lakh calls for Mann in this period which is a white lie," he said, adding that it is a laughable joke if one were to believe there were 10 calls per second.

Last week, Aam Aadmi Party asked the people of Punjab to dial, WhatsApp or SMS on 7074870748 to name their choice for Chief Minister and by doing so it has become the first party to have announced its chief ministerial candidate in Punjab which will go to vote on February 20 and results for which will be declared on March 10.

Leader of Opposition (LOP) Ramvir Singh Bidhuri said during a press conference on Wednesday that Kejriwal himself had once said about Mann that he is always drunk. "Then he said Mann assured him that he would give it up. So the foremost thing is both Kejriwal and Mann should tell people whether Mann has actually given it up or not," he said.

He alleged Punjab AAP CM candidate of being involved in the opening of thousands of liquor shops in Delhi and facilitating the exchange of money between AAP leaders and the liquor mafia.

The saffron party has been opposing the Delhi government's new excise policy, alleging that it encourages opening of liquor shops across the city, citing that it is in violation of the New Delhi master plan.