Puttur, Jan 20: Praveen Kumar (26) from Dontila in Kaukrady village, who was functioning as the daily deposit collector of Nellyadi branch of a cooperative society for the last over ten years, has not been seen for the last 15 days. A missing complaint has been lodged in this connection in Uppinangady police station.

Praveen also functioned as the secretary of the local merchants association. He had left on January 3, duly leaving behind a slip informing that he was visiting Shivamogga. He was not seen thereafter and his phone has been switched off. His brother has complained about his disappearance to the Uppinangady police. 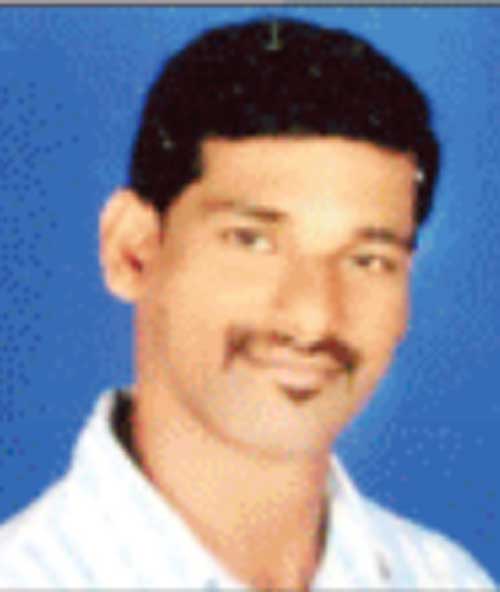 Before going missing, he reportedly had raised loans totalling to about Rs 55 lac, it is said. The fact that he disappeared after borrowing money has given rise to the suspicion that his intention was not good.

On January 18, he called a journalist from Nelyady via WhatsApp to inform that he was in Bihar and was mired in Chhota Rajan gang's designs. He said that a year back, some people who came to him in a car when he was at Periyashanti, had claimed that they will start an industry in Nellyadi and questioned him about leading businessmen of the area and that they continued to contact him, and so far they had collected Rs 35 lac from him with doubling offer and when he reached Shivamogga at their behest to collect Rs 70 lac, they forcibly took him away to Bihar. He also claimed that he was calling from the mobile phone of the gang by hoodwinking them.

People here suspect the truthfulness of this claim. Many feel that he would have called on WhatsApp to avoid getting tracked on the basis of mobile phone location.