Udupi, Jan 20: At the Paryaya festival organized for handing over the Paryaya administration to the Swamiji of Krishnapura Math, roads were kept clean and gleaming. The roadsides were devoid of dust and dirt. Civic workers made this possible.

Hundreds of civic workers worked behind the scenes to make this Paryaya festival a grand success. These workers took over the responsibility of maintaining the city clean days before the Paryaya festivities began. They saw to it that the city stayed spick and span during the festival as if this was their own house. 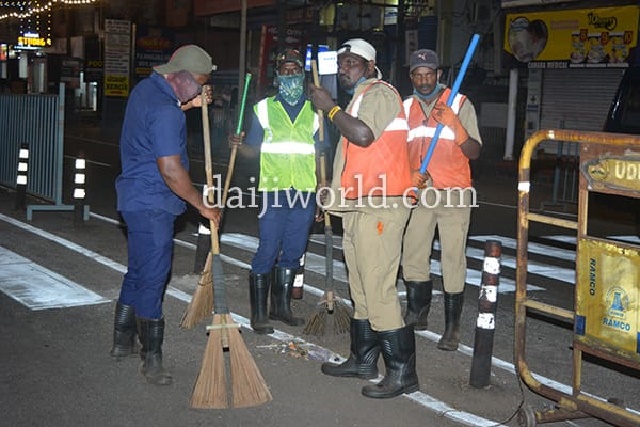 These workers took to the streets long before sunrise. They used to clean the main roads through which the Paryaya procession was set to pass and picked up waste. Their service at the lotus feet of Lord Krishna was indeed invaluable. The workers cleaned the route from Jodukatte and K M Marg and all the roads leading to Sri Krishna Math. They worked behind the scenes and never hankered for recognition.

Likewise, the police force too guarded the entire city the whole night before the Paryaya festival, and contributed to the success of the festival by controlling the crowd and duly making sure that the crowd never went beyond the desirable level.