FIR against priest, 8 others for holding 'Rathothsav' violating Covid guidelines

Chikkamagalur, (Karnataka) Jan 19 (IANS): Karnataka police have lodged an FIR against nine persons, including a priest, for conducting 'Rathotsav' ceremony violating orders of Deputy Commissioner issued against the backdrop of Covid-19 situation.

The religious programme was organised at Sakharayapattana, in Kadur taluk of Chikkamgalur on January 17. 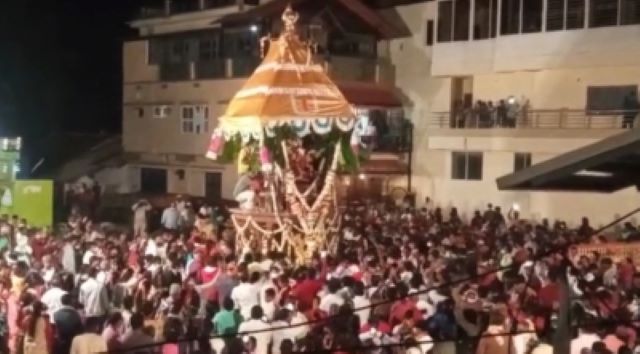 DC K.N. Ramesh had ordered prohibitory orders on Sri Shakuna Raganathaswamy religious fare and ceremony of Rathotsav, where the idol of God is placed in a palanquin and taken around.

Despite the prohibition, thousands of people participated in the religious function and all programmes were held.

Revenue inspector Jintendra had lodged a complaint in this regard with Sakharayapattana police station. Based on the complaint, FIR has been booked on Wednesday, against priest Krishna Bhat.

The other accused included Naveen, Varun, Reethu, Sandeep, Sachin, Ganesh, Ullas and Nithin. All of them organised and facilitated the religious fare. The investigation is on.