Another person who died in the attack may be a Pakistani.

"An important statement will be announced in the upcoming hours to reveal details on the strategic operation deep inside the UAE," said the group's spokesman Yahya Saree in a brief press statement. 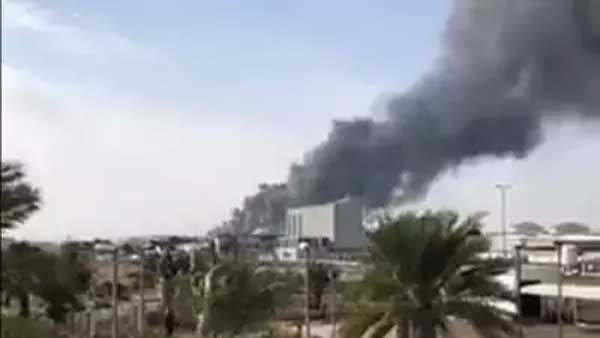 A minor fire also broke out in the new construction area of Abu Dhabi International Airport, according to the WAM.

Initial investigations show the fires and explosion were possibly caused by unidentified drones in the area, WAM said.

The UAE is an active member of the Saudi-led coalition which has been fighting a large-scale war against the Houthi rebel militia in various areas of Yemen.

The Saudi-led coalition intervened in the Yemeni conflict in 2015 to support the Yemeni internationally recognized government of President Abd-Rabbu Mansour Hadi after the Iran-backed Houthi militia forced him out of the capital Sanaa.

The Houthi militia has recently intensified cross-border drone and missile attacks against different Saudi cities. In February 2021, the Houthi militia launched a major offensive against the government army to capture the oil-rich province of Marib in central Yemen.