Bengaluru, Jan 12: State health minister, Dr K Sudhakar, has responded to the allegation made by Karnataka Pradesh Congress Committee president, D K Shivakumar that the Karnataka government has been showing inflated Covid infection figures with an eye on money that is attached to it. Sudhakar has challenged Shivakumar to provide proof to back his allegation or tender an apology in public.

The health minister issued a press statement on the issue. He noted that Shivakumar has said that passengers arriving at the airports are being falsely shown as coronavirus positive. "Shivakumar will face legal steps for spreading baseless allegations and rumours," he added. 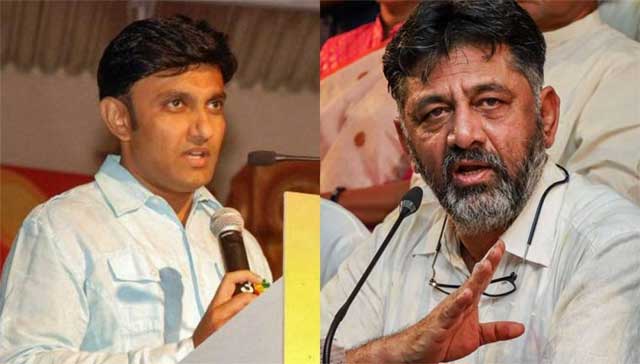 Sudhakar said that if there was any mistake in Covid infection control measures, testing processes etc, it should have been brought to the notice of the government in the form of a complaint duly supported by evidence. He expressed his indignation at the irresponsible information spread by Shivakumar with an eye on reaping political benefit.

"Shivakumar, who holds a position of responsibility, has made disdainful personal remarks against me and the home minister. I am determined to face these things politically. It was improper on the part of Shivakumar to make baseless allegations when the state is facing a medical emergency," he explained.