Addressing media he said, “Hindus are deeply hurt with the rising incidents of desecration of Hindu religious places. We demand the arrest of the culprits. These incidents should not be repeated. Hence we offered mass prayers in temples all over Dakshina Kannada and Udupi district. 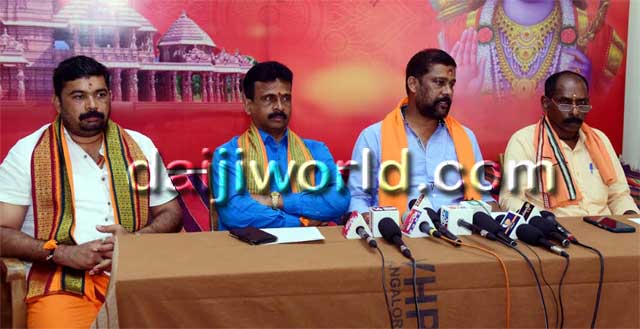 “The district administration failed to detain the culprit after the video went viral. Muslim leaders condemn the act saying that it is against the religion, but on the other hand they are visiting the residence of the accused and giving moral support. We suspect the involvement of invisible hands in the offence.