Kuwait City, Dec 7: A blood donation camp was organized by Bharathiya Pravasi Parishad (BPP), Kuwait - Karnataka Wing and BDK Kuwait on a joint platform to adore the life and activities of the Kannada actor and social activist Puneet Rajkumar (Appu).

In the camp held at Adan Cooperative Blood Transfusion centre, on Friday, December 3, from 1 to 6 pm, witnessed an overwhelming response from the various walks of life of the Indian diaspora in Kuwait and the donor tally was around 125. 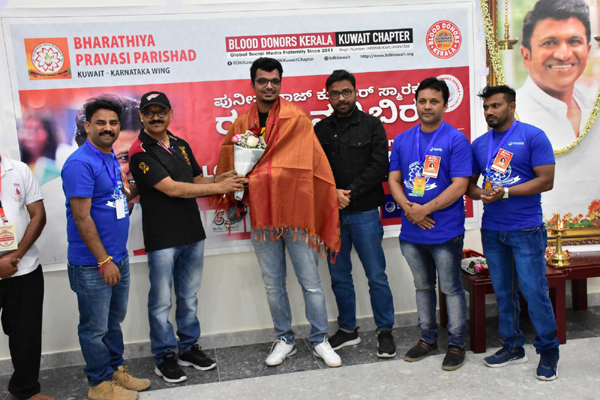 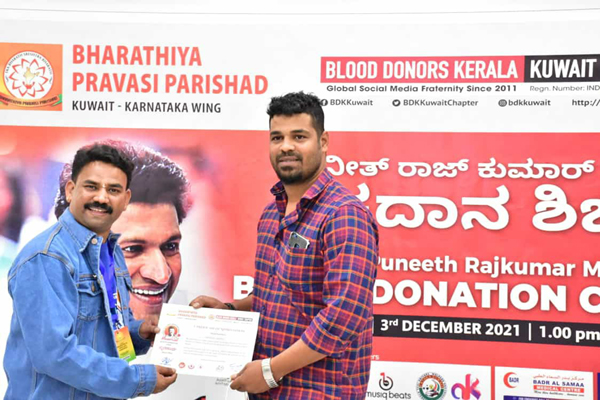 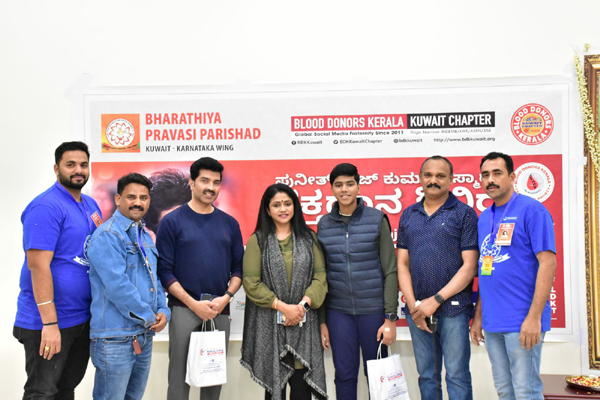 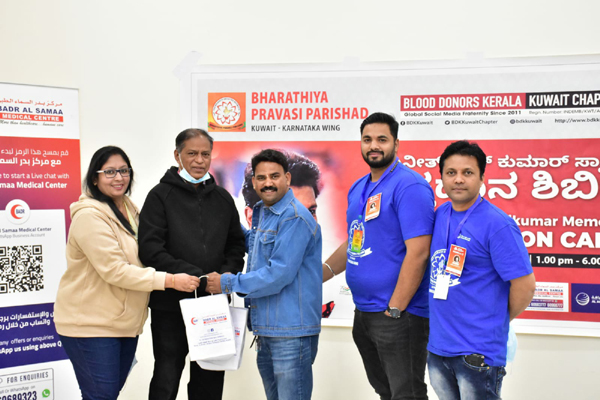 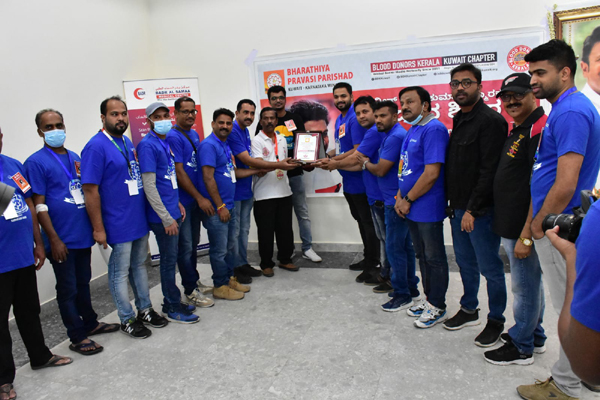 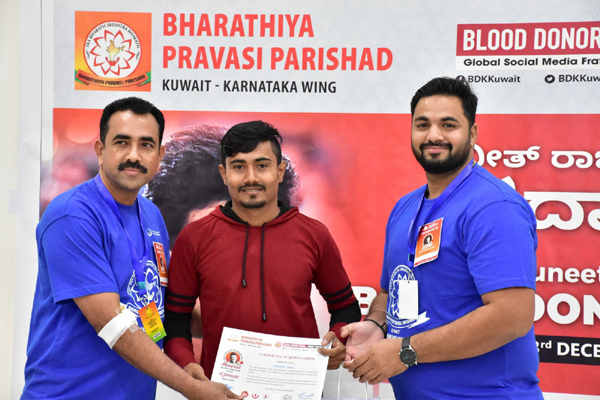 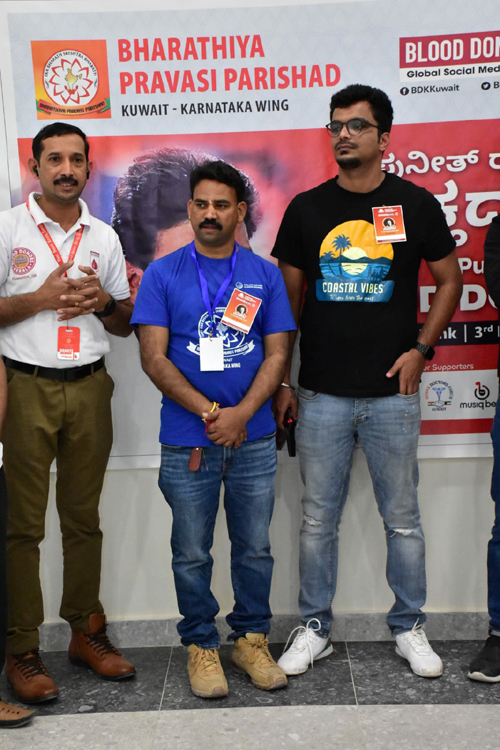 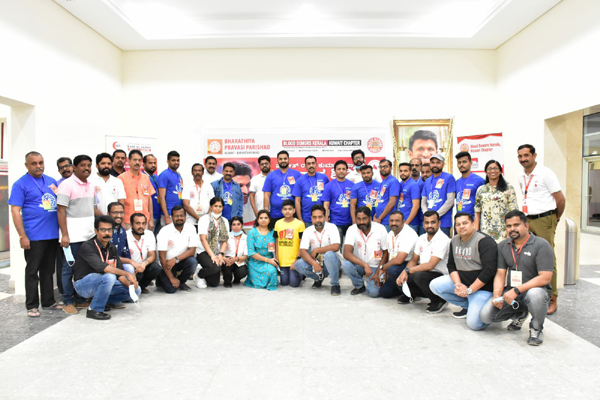 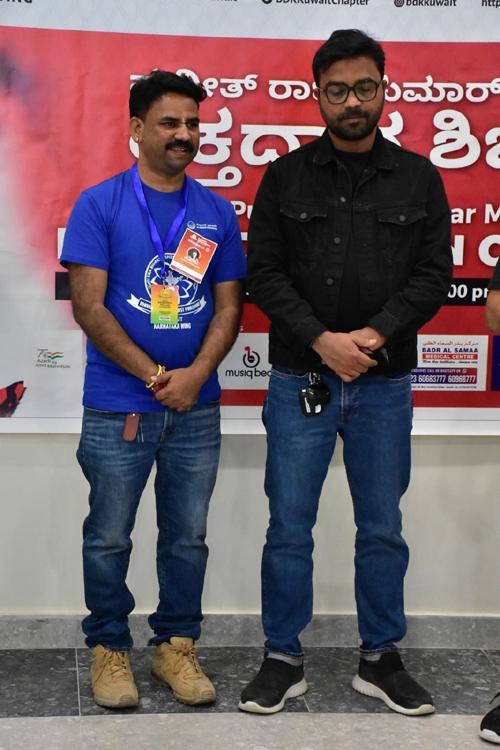 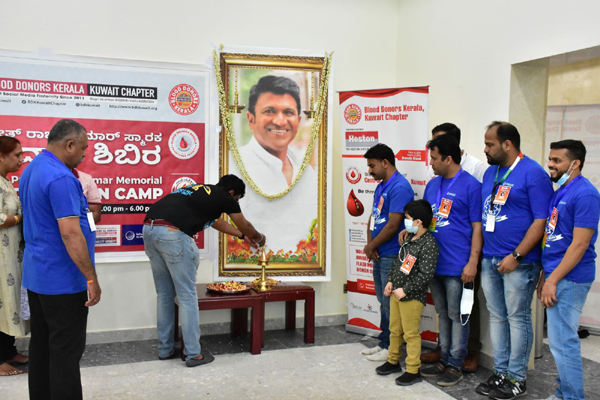 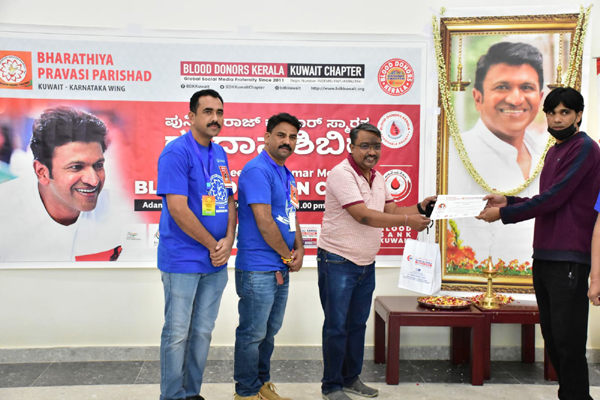 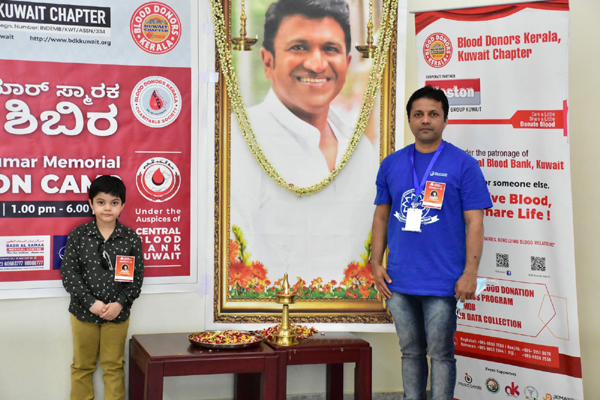 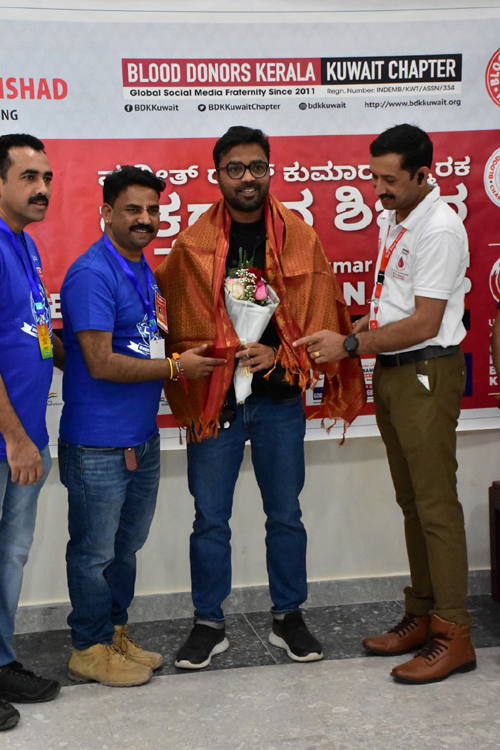 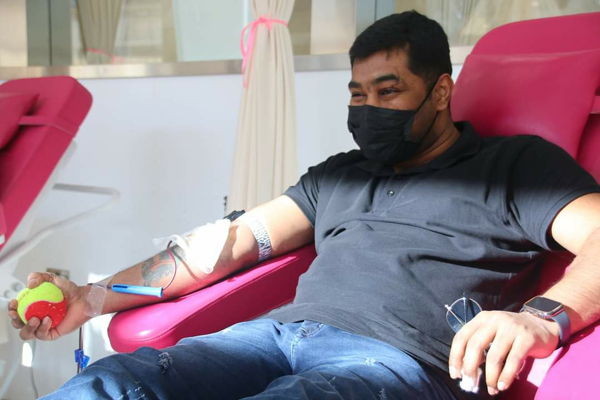 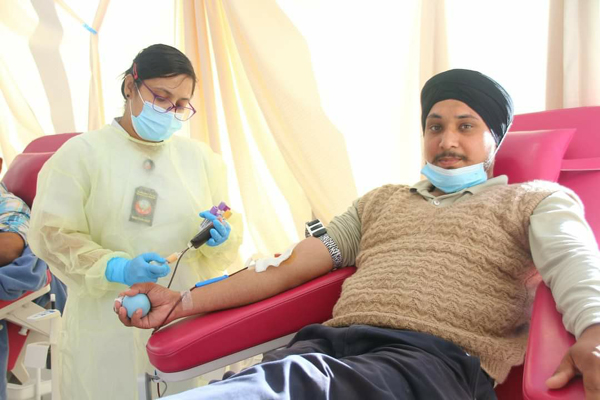 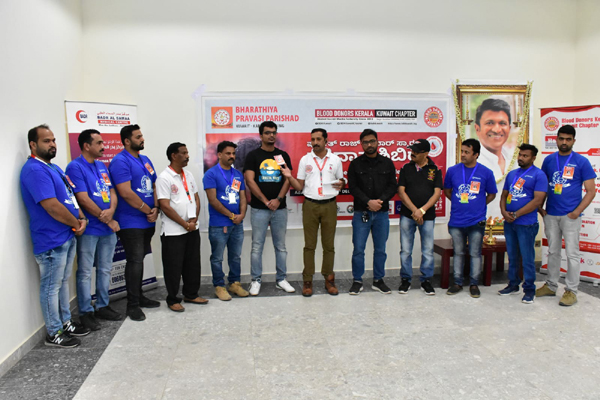 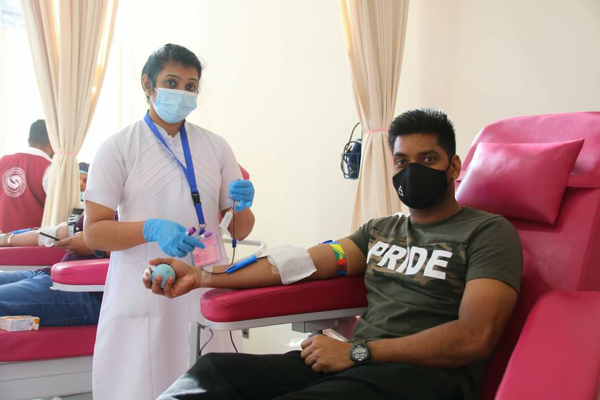 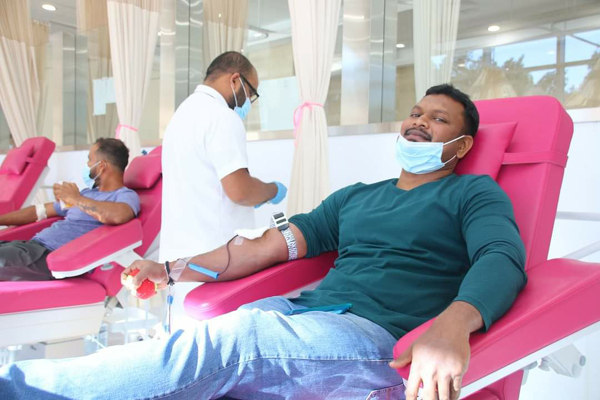 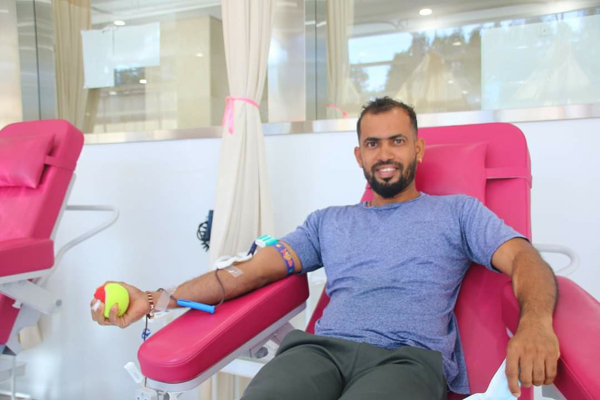 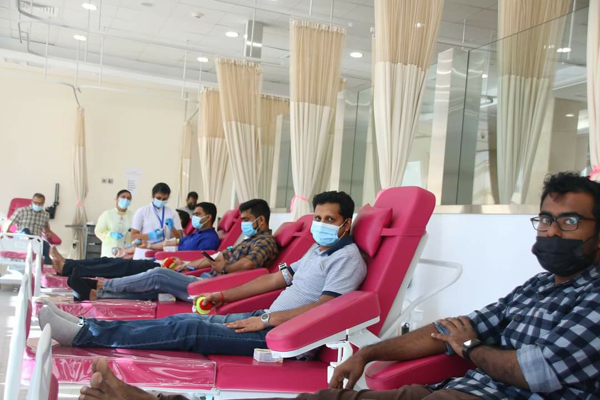 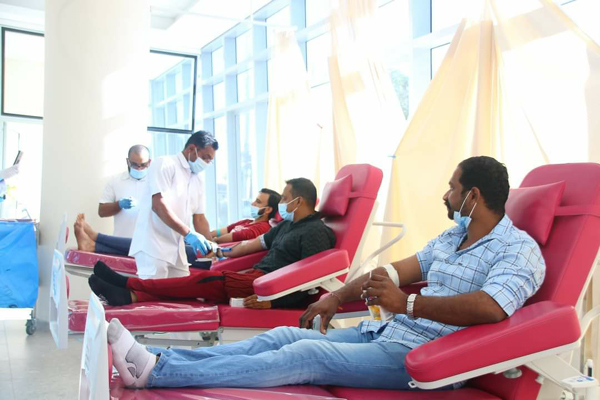 There was a formal inaugural session, chaired by Raj Bhandary Thirumaleguthu, president of BPP. The meeting appraised Puneet Kumar’s life as a role model of philanthropy and humanity. Abdul Rzak, branch manager, Badr Al Sama Medical Centre formally inaugurated the Blood Donation Drive. Aral John Dsouza famous vlogger who is interacting to the community in various issues via his channel 'Coastal Vibes' had attended the event as chief guest.

BPP was honoured with a souvenir, by Rajan Thottathil, Advisory Board Member of BDK, for their proactive involvement in social welfare programmes. Reghubal BDK welcomed the gathering and Chitharanjan Das, joint secretary, BPP-Karnataka Wing thanked the participants and the blood donors. Certificates were distributed to all the donors attended the camp. BDK activist Nimish Kavalam coordinated the event.