According to sources, deals for the project are still being finalised, reports deadline.com.

Astaire's career spanned 76 years before his death in 1987 from pneumonia. He got his start in the industry early working with his siblings in vaudeville before setting his sights on Broadway and London's West End before making it big in Tinseltown. 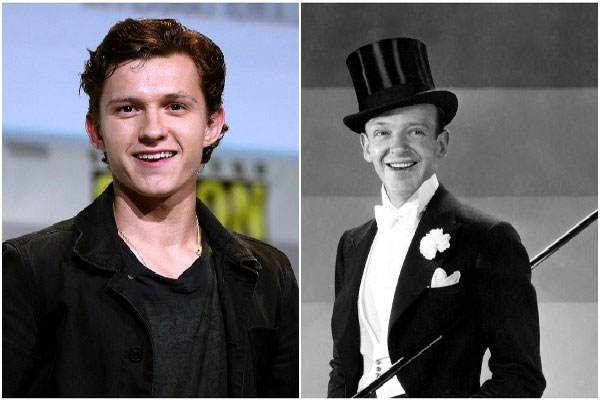 He most famously starred in 'Dancing Lady' with Joan Crawford, 'Easter Parade' with Judy Garland, and 'Funny Face' with Audrey Hepburn.

The actor too confirmed the news to the media while promoting his upcoming film 'Spider-Man: No Way Home' in London.

Oscar-nominated producer Amy Pascal first mentioned her eye was on Holland for the role of the legendary dancer, singer, and choreographer in a November profile of Holland in GQ.

The Sony biopic is not to be confused with Amazon and Automatik's 'Fred & Ginger' starring another 'Billy Elliot' alum, Jamie Bell as Astaire, and Margaret Qualley in the role of Ginger Rogers.

'Fred & Ginger' dives into the love story of the dance partners both on and off-screen, Deadline revealed exclusively last December.

Holland made his debut on the West End stage in 'Billy Elliot The Music' in 2008. He first portrayed the lead character's friend, Michael Caffrey, before taking on the lead role until 2010.