Panaji, Dec 2 (IANS): Amid protests against a controversial bungalow in a protected heritage zone in Goa, the Congress on Thursday has demanded that either Goa government demolish the project, or BJP national spokesperson Shaina NC, whose spouse Manish Munot who allegedly constructed the project, should demolish it immediately.

Addressing a press conference in Panaji, All India Congress Committee (AICC) official in-charge of Goa, Dinesh Gundu Rao also said that the government should take action against government officials as well as the Town and Country Planning Minister Chandrakant Kavlekar for permitting the allegedly illegal structure in the Old Goa area, which is a Unesco protected world heritage site. 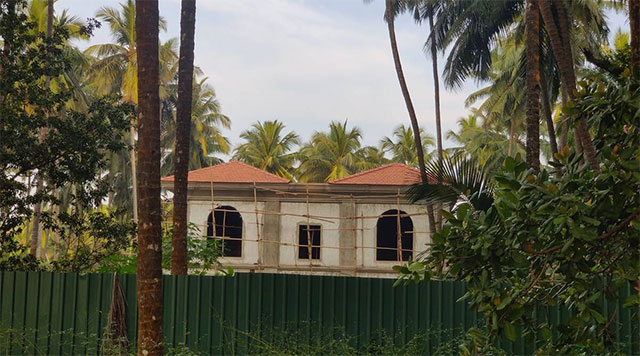 "Take necessary steps to see that either the structure is demolished or request that the BJP national spokesperson to herself voluntarily come and say this has been done illegally. I myself will bring the building down," Rao told a press conference in Panaji.

The controversy surrounding the construction of the bungalow, located near the heritage St. Cajetan Church in Old Goa, blew up some months back, after activists as well the Congress party alleged that the construction was allegedly illegal in violation of state as well as heritage norms.

While the construction project was being carried out by Munot and Suvarna Lotlikar, wife of former Goa Forward party treasurer Suraj Lotlikar, Shaina NC has said that "we have nothing to do with this".

Civil society activists had accused the BJP-led coalition government of turning a blind eye to the alleged illegal construction, Kavlekar claimed that the permissions for the project were not granted when he was the Town and Country Planning Minister.

Following pressure from civil society groups and Opposition parties, the Town and Country Planning Ministry has revoked permissions given to the project, with its Minister and Deputy CM Chandrakant Kavlekar alleging a fraud in the granting of permissions and licences.