Bengaluru, Dec 2 (IANS): Close on the heels of denying permission to stand-up comedy show of Munawar Faruqui citing law and order problems, the Karnataka Police have denied permission to yet another stand-up comedian Kunal Kamra to stage his shows in Bengaluru.

Kunal Kamra, a vocal critic of the present ruling establishment has stated that the shows scheduled for 20 days have been cancelled in the backdrop of threats and denial of permission by the police.

However, the act of Karnataka Police denying permission for the stand-up comedy shows of Kunal Kamra and Munawar Farooqui has drawn sharp criticism on social media. 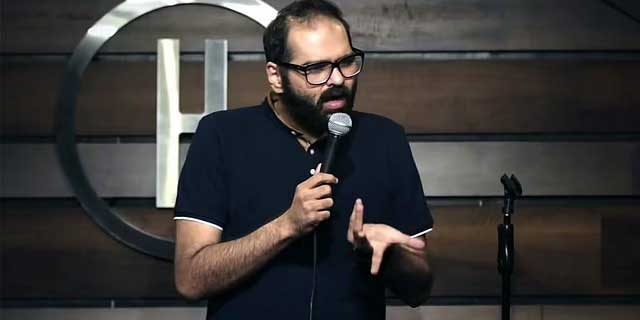 "I guess this is also part of the Covid protocol and new guidelines. I suppose I am seen as a variant of the virus now. For those who were wondering how 'A Kamra' goes on the perform while a Faruqui has had to quit comedy' we can find solace in the fact that the ruling class is at least trying to oppress with equality," he stated with irony.

"May be if we continue down the road of equal oppression, we would get to a point of equal liberation, in a post climate change era," he opined.

He has also put up five steps to get the show cancelled and ridiculed the ruling establishment.

The police earlier in the case of Munawar Faruqui stated that the stand-up comedian is a controversial figure as he has made controversial statements on other religions and gods. The police also cited examples of cases registered against Munawar in Tukoganj police station of Indore in Madhya Pradesh and other states. They also claimed that many states have banned his shows.