Kundapur, Dec 1: A week-old infant was found abandoned in bushes near the bridge at Muchattu here on Wednesday December 1.

A lady, who was on her way to the milk dairy here, rescued the infant deserted by the parents.

Geetha, the lady, heard the cries of the infant in the bushes beside the road near the bridge in Muchattu here at about 4.30 am on Wednesday. She rescued and brought the female infant to the police station. 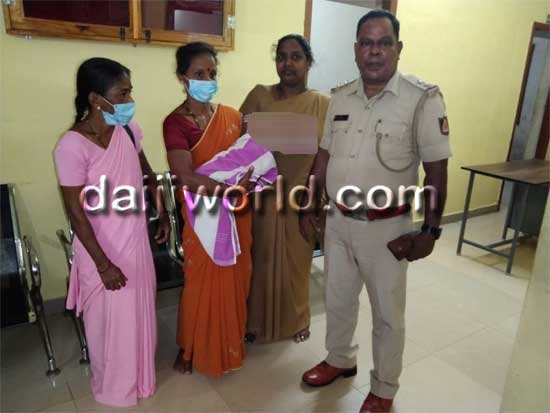 The parents of the infant had thrown the baby purposely in the dangerous surroundings, stated Subbanna B P, sub inspector of Amasebail police station.

A police case in this connection is registered on the basis of a complaint lodged by Geetha.