Udupi, Nov 28: Chaos erupted at Parkala here on the evening of Sunday November 28 after two groups got involved in a fight following a minor accident.

A bike and a car met with a minor accident at Parkala on Sunday evening. Neither of the vehicle was damaged, but the two parties broke into an argument which snowballed into a street fight, causing traffic jam for over 30 minutes. 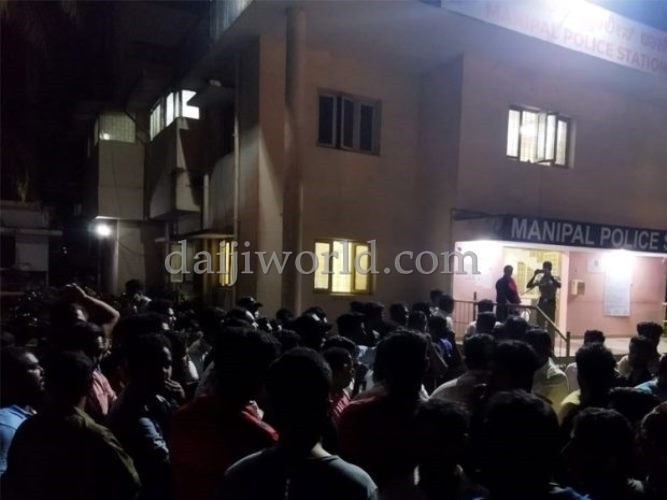 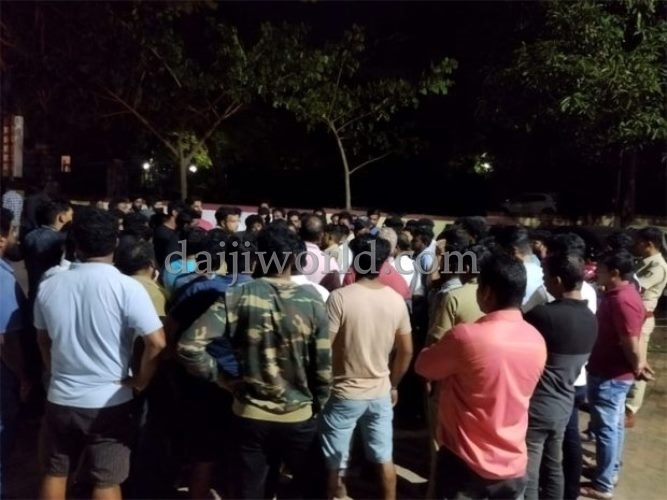 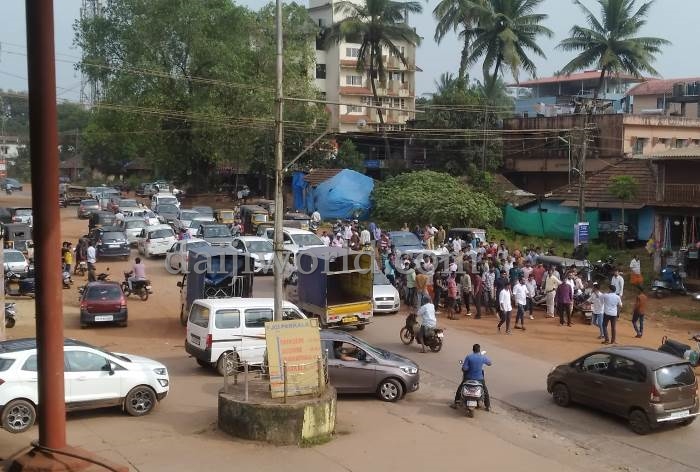 City municipal council (CMC) member Yogish Salian who was passing by on the same route tried to intervene and bring about a compromise between the two parties.

However, the issue did not end there. One of the groups also tried to attack the CMC member. After Yogish Salian exited from the scene, the car driver informed about the incident to some of his friends and the group followed Salian till MIT bus stand and waylaid him. Realizing that they planned to attack him, Salian immediately informed a right-wing organization and Manipal police.

Manipal police then called both the parties to the police station and conducted an inquiry for over an hour. As per sources, police succeeded in pacifying the two groups and bringing about a compromise.

The incident threatened to turn communal after a large crowd comprising people from two communities began to gather outside the Manipal police station over the incident. However, the police managed to control the situation.

A case has been filed in Manipal police station.