After launching the book, Veerappa Moily said, "Mahatma Gandhi advocated the concept of Panchayat Raj. It was also a dream of former Prime Minister Rajiv Gandhi and he implemented it across the country with 100% commitment. 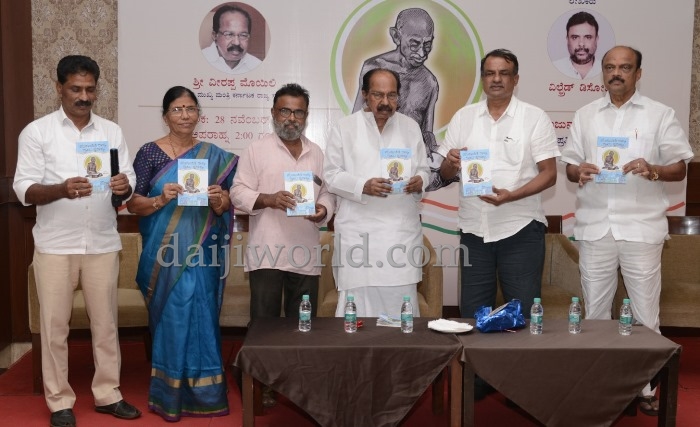 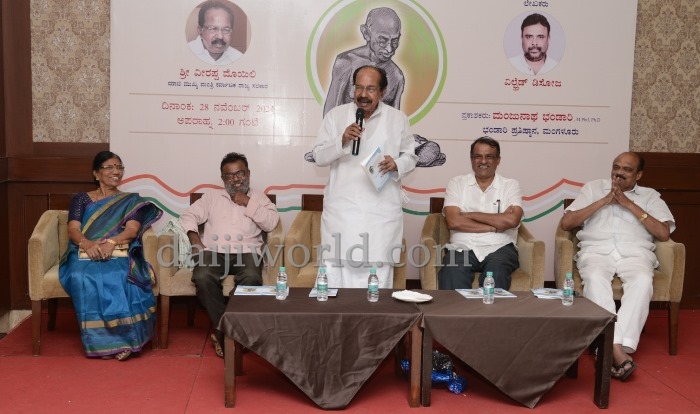 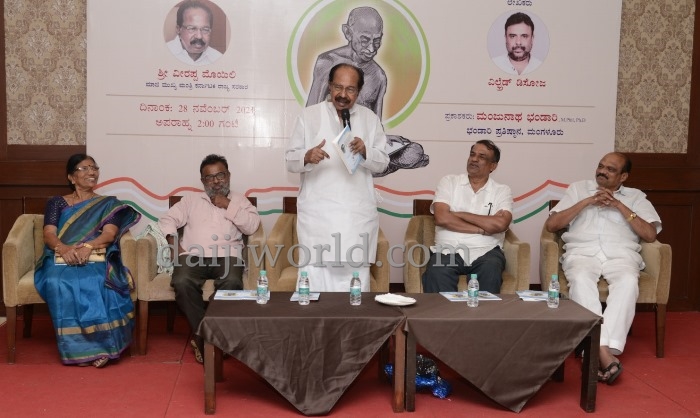 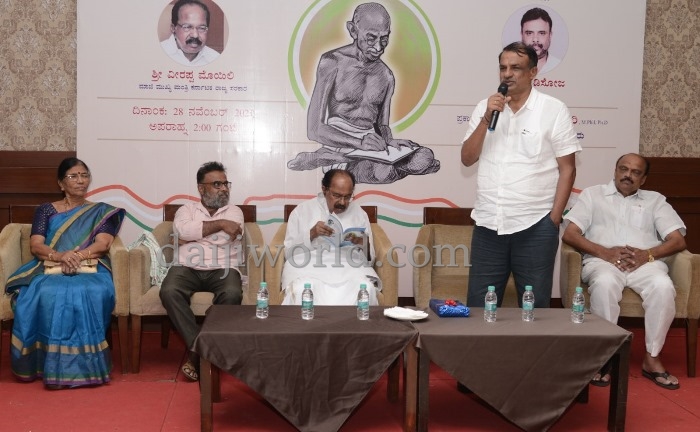 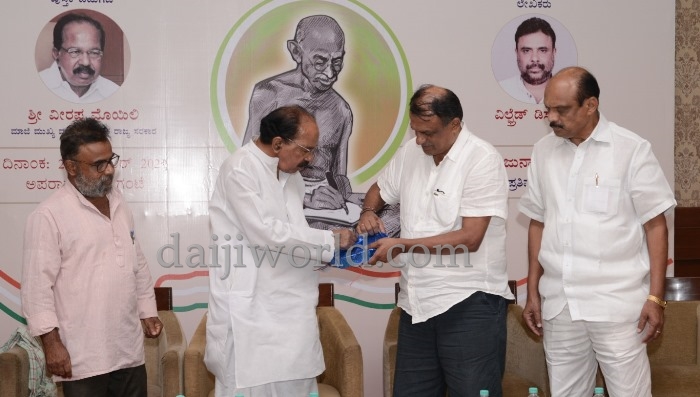 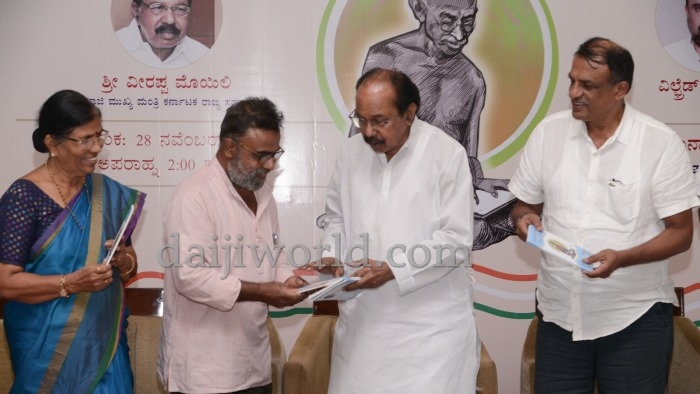 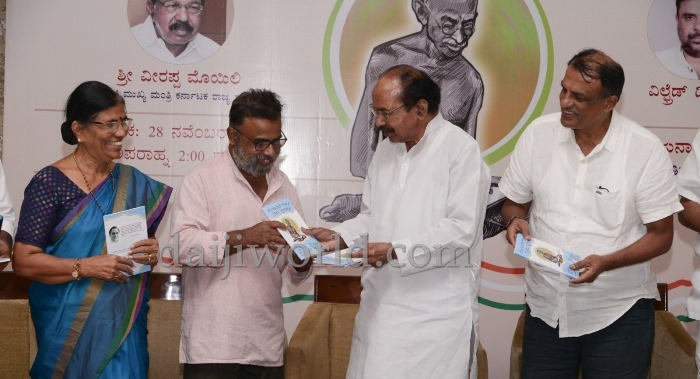 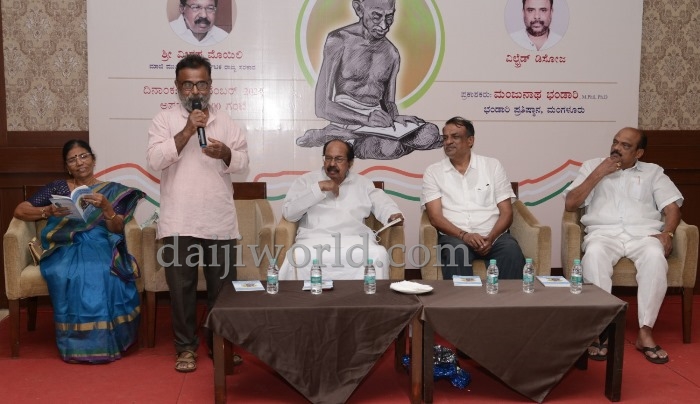 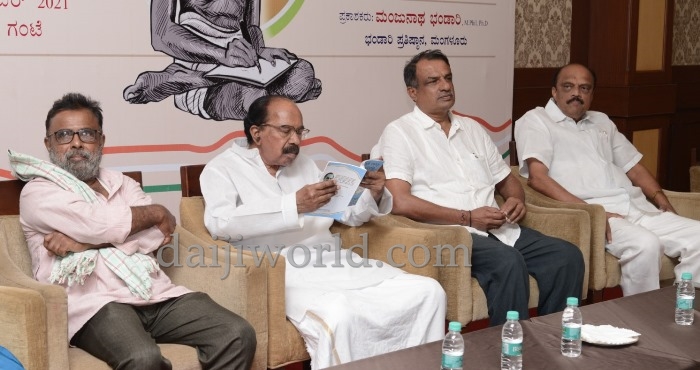 "Wilfred D'Souza wrote this book with commitment, in a simple style so that people understand the concept of Panchayat Raj. Let this book reach all representatives of local bodies and create awareness on Panchayat Raj and decentralization of power," Moily added.

Lauding Manjunath Bhandary for coming forward to publish the book to create awareness about Panchayat Raj among the people's representatives, Moily said, "I am confident that Manjunath Bhandary will win the MLC election from the local authorities’ constituency. He is the most suitable candidate for legislative council. We are sending him with a mission to effectively implement Panchayat Raj system. By entering the council he will truly implement the true spirit of Panchayat Raj. Moreover, he is trying to put into practice what he has learnt through his studies like MPhil and PhD. Coming forward to publish the book on Panchayat Raj shows his true commitment," he said.

Moily also shed light on the role played by gram sabhas in the effective functioning of gram panchayats.

Author of the book Wilfred D'Souza said, "Working as a journalist together with 14 years of experience at Abdul Nazir Sab State Institute of Rural Development helped me understand Panchayat Raj Act thoroughly and I wrote a series of articles for a newspaper in Mysuru. The Panchayat Raj Act is a very good act. After Kerala, our state made efforts to effectively implement the essence of decentralization of power. I have written this book in a simple way, so that each representative of gram panchayats, zilla panchayats and taluk panchayats and other local bodies understands about the Panchayat Raj system. It is not written with any political intention."

"There are seventy five members in the legislative council, of which 25 members are representing the local bodies. These 1/3 members elected from the local bodies should be advocates of decentralization of power. The Siddaramaiah government had taken a prominent decision to stabilise decentralisation of power, but the next government which came to power diluted it. Also, the tenure of presidents and vice-presidents of local bodies was reduced from five years to 30 months to 20 months, and reservation of constituencies was reduced from ten years to five years. Unfortunately, the 25 members representing local bodies failed to raise their voice in favour of decentralization of power. Hence, to educate representatives on Panchayat Raj, Manjunath Bhandary came forward to publish the book," he explained.