Don't have to answer to every barking dog: Moitra on Nadda's criticism

Panaji, Nov 27 (IANS): Trinamool Congress MP and the party's Goa in-charge Mahua Moitra on Saturday said that she does not have to answer to every barking dog, while responding to questions from the media, about BJP national president J.P. Nadda's attack on West Bengal's ruling party.

"How do I care? Do I have to answer every dog who barks on the road sir. Do I need to answer. We have a saying in Hindi 'Jab haathi chala bazaar to kutte bhonke hazaar'. Why should we answer to comments made by some other party's national president, who lost in Bengal. We have other work too," Moitra told reporters at a press conference in Panaji. 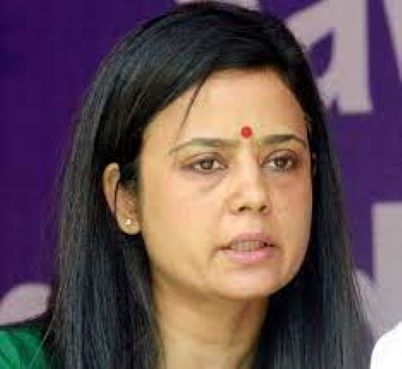 Moitra was asked by media persons to respond to questions by Nadda, who during his visit to Goa earlier this week, had said that crime, human trafficking, etc had peaked in West Bengal under the reign of TMC led by Chief Minister Mamata Banerjee.

"Who is Naddaji, who is JP Naddaji? He is the national something of another party. Why should we speak about what he says. He had a chance. He made these allegations in Bengal every morning and evening. What happened. The people of Bengal rubbed it in his face," Moitra said.

"Just because you cannot go to Bengal, you are saying these things here. Wonderful. Why should I comment on some other party's national president? Please let him. I wish him good luck," she also said.

When asked if the TMC would look to be part of a broader alliance with the Congress and the Aam Aadmi Party, on the lines of similar efforts made by anti-BJP parties, Moitra said: "Considering the state of India, to defeat the BJP there are different strategies everywhere. In Goa, we are fighting 40 seats alone. We are clear, our CM has said that, our chairperson has said that".

Moitra also said that the difference between the Congress and the TMC, is that the latter persistently takes up issues.

"The Trinamool is not here to do deals with anyone. When we raise these issues, we plan to take it forward. And that is the difference between us and the Congress. We will take this to the people and we will make sure that the BJP is under pressure to give us answers," she said.

Title: Don't have to answer to every barking dog: Moitra on Nadda's criticism