Mangaluru, Nov 26: The allegation about a minor girl having been raped inside a sleeper bus after promising to marry her has been found proved. The first fast track sessions court of Mangaluru, which found that the charge has been proved, is likely to pronounce the quantum of sentence on November 27.

In this case, Nitin (27), resident of Neerkaje in Kepu village Beltangady taluk, has been found guilty. The convict had coaxed a 17-year-old Dalit girl to submit to his advances by promising of marrying her and then raped her. 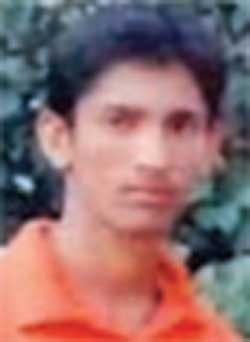 Nitin was the conductor of a private bus. He had become familiar with a second PU girl student aged 17 who used to travel by his bus. On July 24, 2014, he had taken the girl to Bengaluru in a KSRTC sleeper bus. When travelling by the bus, he had raped the girl. After reaching Bengaluru, the two had roamed around different places. In the meantime, the girl's parents had filed a missing complaint in Vittal police station.

The Vittal police had later registered a case of rape, duly accusing the youth of cajoling the girl to accompany him to Bengaluru. He was later arrested. The judge who heard the case concluded that the charge has been proved. He has fixed November 27 to pronounce the quantum of sentence. Special public prosecutor C Venkataramana Swamy, had represented the prosecution in the case.