Mangaluru, Nov 26: The ‘Constitution Day’ or the ‘Samvidhan Divas’, is observed every year to mark the adoption of the Constitution by the Constituent Assembly on November 26, 1949. Today, 26, 2021 as we mark the occasion of Constitution Day, Lourdes Central School feels proud to remember the golden heritage of our country and to be a part of India. To celebrate this 71st Constitution Day, the morning assembly was conducted, beginning with the universal prayer, followed by the prayer song and intentions. With the new day comes new strength and new thoughts. Usra of class VIA gave a valuable and enlightening thought. The Constitution is a document that binds the nation and the people. The significance of the day was given by Alina of class XIB in English and Jess Mascarenhas of class IXA in Hindi. The school choir sang a song that instilled patriotic feelings to uphold the dignity of our Constitution. 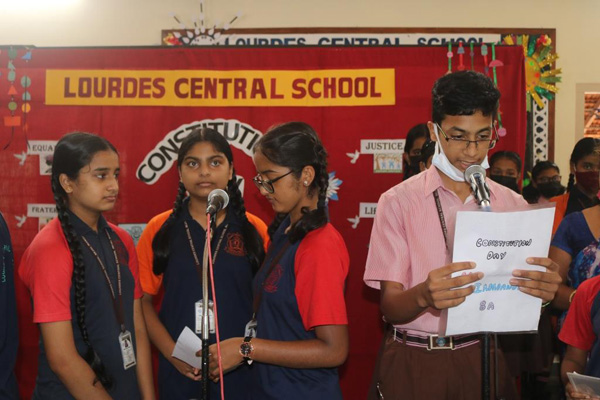 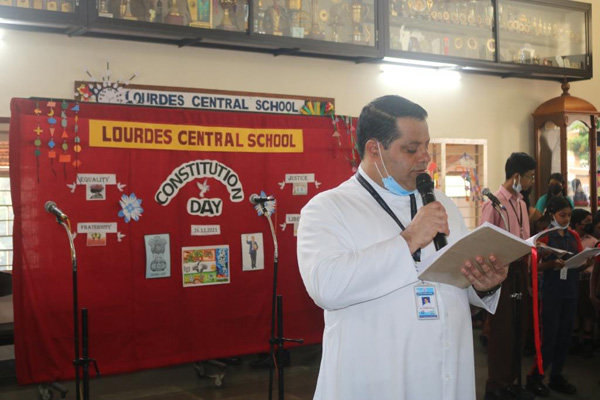 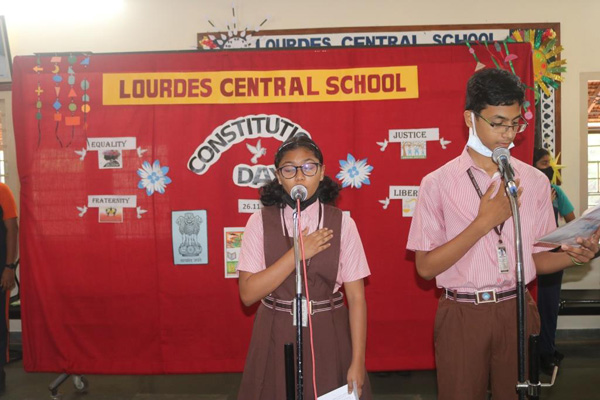 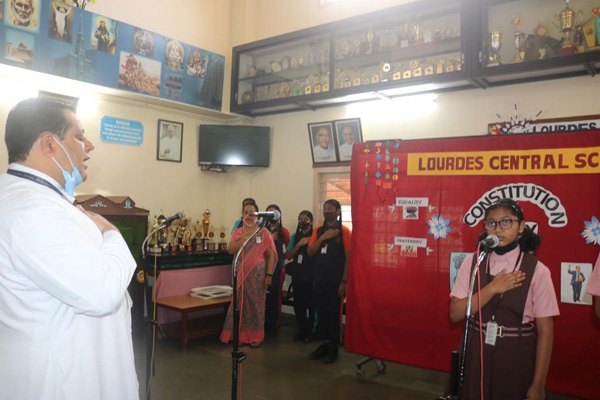 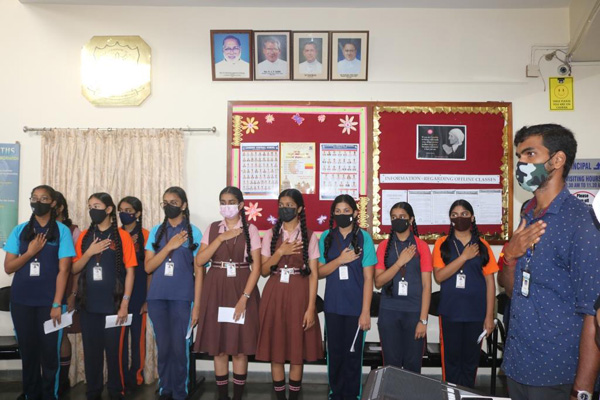 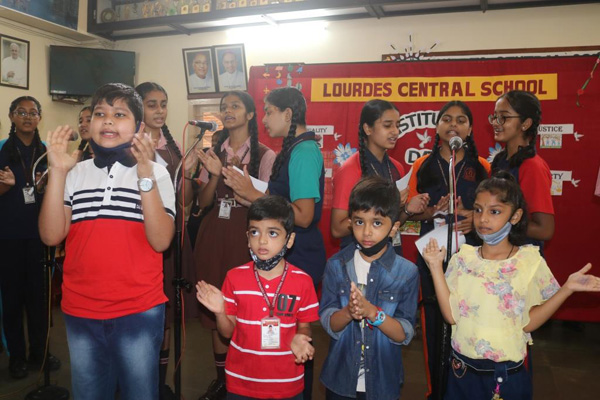 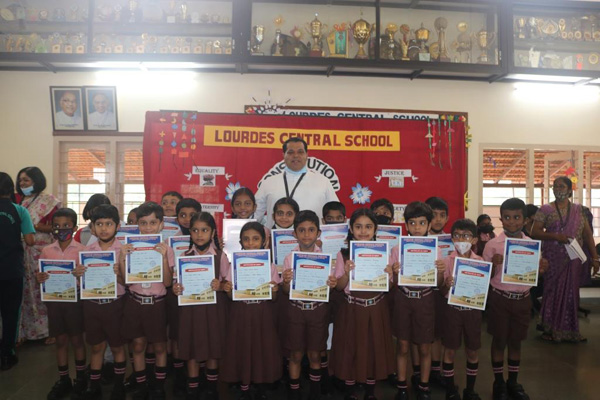 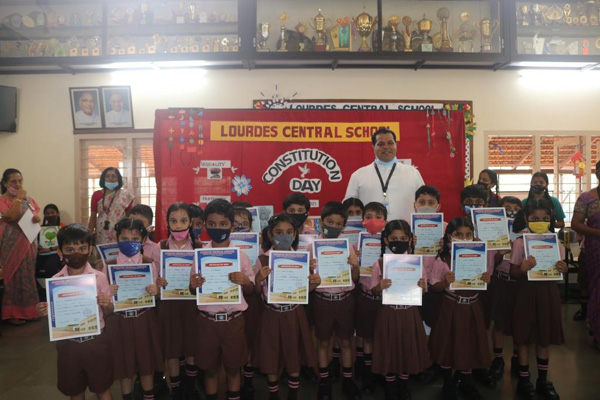 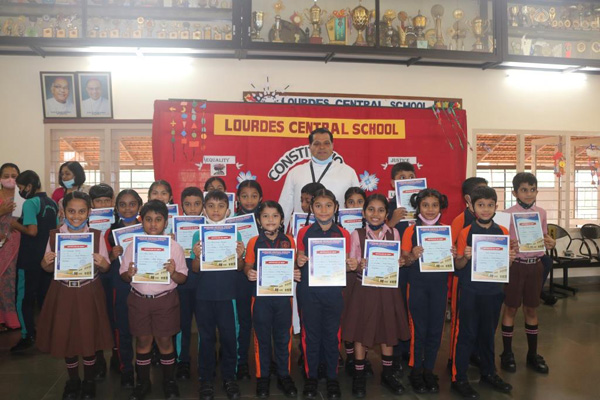 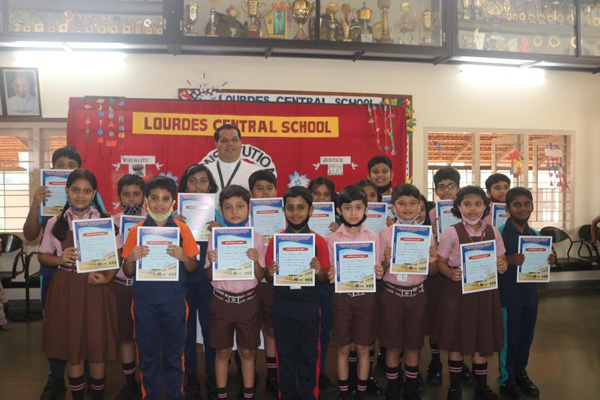 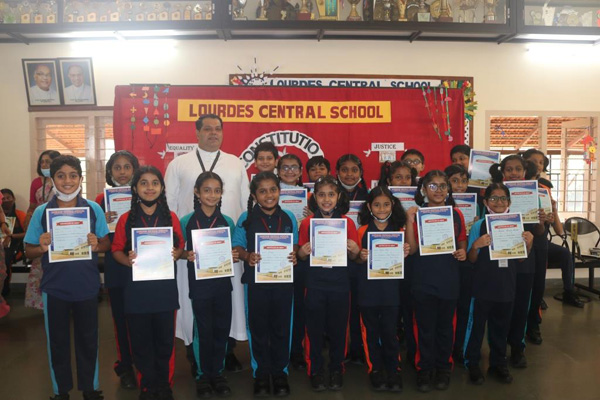 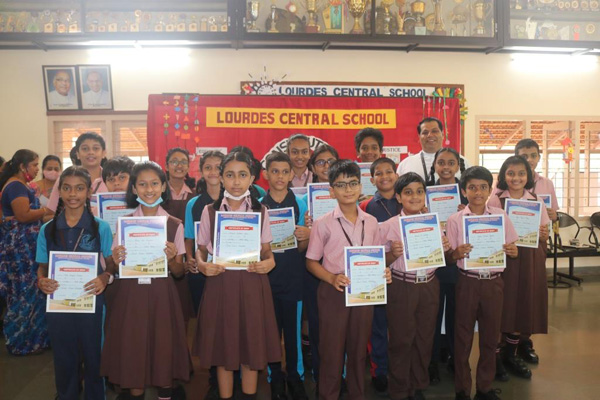 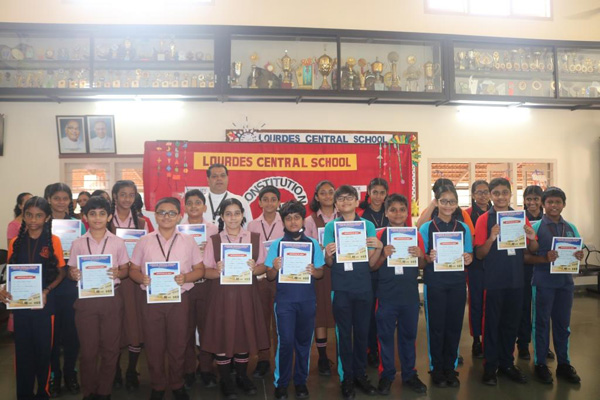 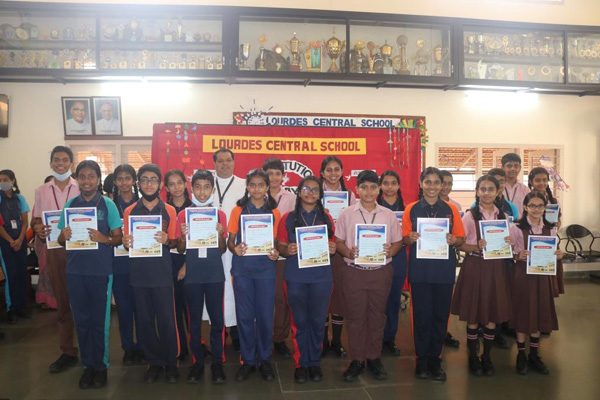 The pledge was administered by Amekha Bedi of class IXA which contains the ideals of the Indian Constitution. The programme ended with the singing of the School Anthem. Immanuel of class VIIIA and Vraddhi of class VIIIB compered the programme.