Mangaluru, Nov 24: In connection with the rape and murder of a girl within the limits of Raj Tiles Factory, Parari, Tiruvail, Vamanjoor Mangaluru, the police have cracked the case and arrested four accused. The arrested accused are Muneem, Manish, Mukesh and Jayban alias Jay Singh.

The above factory employs predominantly workers from other states including children. The girl who died was the daughter of a couple from Simdega district Jharkhand, aged 35 and 28 respectively who work for the factory. The deceased is the eight year old daughter of the couple. The couple had four children and they were working for the tiles factory as coolies for the last two years. 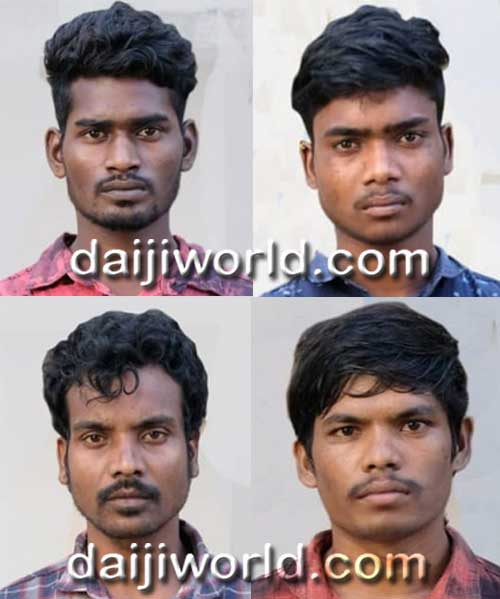 The girl who went out with her siblings to play after lunch on November 21 did not return even though the other three came back. The parents went searching and found the girl having fallen into a drain inside the factory at about 6 pm. The police of the rural station here registered a case under Indian Penal Code and Protection of Children from Sexual Offences Act. Four teams were formed to probe the case in light of the seriousness of the crime. The teams after thorough verification of CCTV footages, evidences, eyewitnesses, confessions etc, found that a 21 year old youth from Panna district, Madhya Pradesh, another youth aged 20 from the same place, a 33 years old man from Ranchi district, Jharkhand and a 20 years old resident of Panna district, Madhya Pradesh, were involved. Three among them were working as coolies in the said factory while the other was working in Puttur and had come here to meet one among the above four.

Two of the accused had invited the girl into their room in the past several times and had offered chocolates etc to her and indulged in sexual atrocities. When the girl went out to play on November 21 afternoon, the accused forcibly took the girl into the room by holding her mouth tightly shut after which they raped her in turns. As the girl was crying loudly because of bleeding and pain, one of the men smothered her to death. They then tossed the body into a drain. When the people in the area including the parents went searching for the girl, the accused had also acted like searching for her, the police stated.