Kundapur, Oct 28: Black paddy variety, which is very rare in coastal Karnataka, was cultivated at Asodu near Kalavara village in the taluk on experimental basis. The species has given good yield. There are indications that this kind of paddy may be cultivated here on a larger scale.

Sujith Kumar Shetty from Asodu Bandasale, is a young farmer having special interest in growing paddy. Even now he cultivates paddy in 15 acres of land. After watching the interest Shetty has been showing in paddy cultivation, his friend, Manjunath Hebbar, gave him five kilograms of black paddy seeds brought from Uttar Pradesh. Sujith, on an experimental basis, sowed the paddy seeds in the monsoon season this year through a tray model nursery in half an acre of land by using a planting machine. 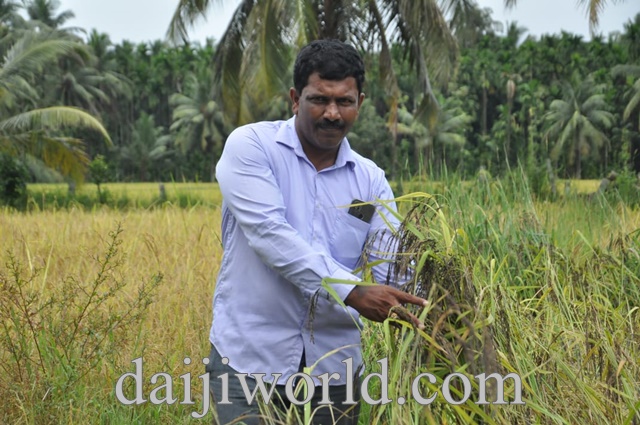 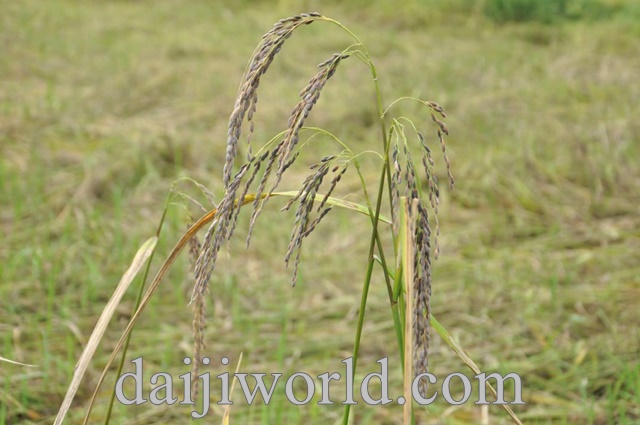 Right from the time the seeds sprouted and all through the period the paddy plants grew, the entire field turned black. When the corns were formed, the colour changed into dark green. The plants grew about seven feet. The ears of corn are healthier than the normal paddy with 160 paddy seeds in every ear of corn. There are rarely any empty seeds. The growers get about seven feet of grass. 22 quintals of paddy harvest is expected per acre.

The crop is ready to be harvested in about 110 days. This species is not suitable for the plains where standing water is needed. It is more suited for areas dependent on rains as the plants are high and the plants touch the ground after the ears of corns are formed and gain weight. If the fields are sludgy, the farmers will lose. Losses are less if grown in higher gradients. As it is a native species, it has good disease resistant powers.

Many farmers who saw this experiment, have approached Sujith with requests for seeds. Therefore, the paddy he has grown this time will be used as seeds entirely. It is said that this rice commands a price of Rs 260 per kg in the market. It is rich with soft and natural flavour, nutrients, fibre, protein, iron, vitamin E, calcium and magnesium. It digests easily and regulates diabetes and constipation. It also keeps cancer at bay, it is said. Because of these qualities, this rice commands a high price.

Sujith Kumar Shetty said that black rice suits this area, based on the experience he got cultivating it in half an acre of land. He said he got a good harvest. He says he wants to continue with this crop as he feels that this crop may be still better suited for the Rabi season.

Agricultural officer Chetan Kumar says that black paddy has been cultivated for the first time on an experimental basis. As it has medicinal values, it has good demand and people are curious. He said that it has been observed that this species is disease resistant.