"MES is provoking Kannadigas without any reason as Kannada Rajyotsava (day of unification of Karnataka state) is nearing. The MES is spoiling the image of Belagavi city and bringing disharmony among people," he stated. 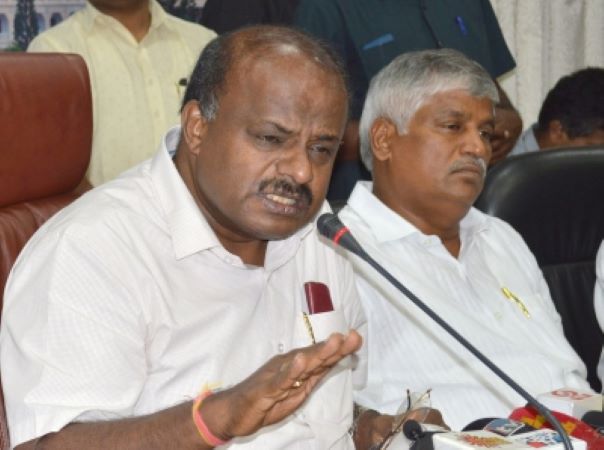 "The Samithi has lost the confidence of the people and hence stands cornered politically. As a survival tactic, it is indulging in creating disharmony in Belagavi district. The Karnataka government should initiate strict and harsh measures against these elements. It should not condone with the insults that MES is heaping upon the language of the land and an elected government," he stated.

While demanding the government documents in Marathi language, the protesters have referred to the government as "nalayak" (useless) and also raised slogans of "Jai" Maharashtra' which is condemnable, Kumaraswamy said.

The government has also banned grand procession in Belagavi in the wake of Covid-19 pandemic and Kannada organisations are at loggerheads with ruling BJP government. The ruling BJP has managed to wrestle Belagavi City Corporation for the first time from MES by recording a thumping victory in local polls held recently.

The MES is demanding removal of Kannada flag posts installed in front of the Belagavi City Corporation and wants Marathi language in all government documents.