Bengaluru, Oct 27 (IANS): The Karnataka Police have arrested a Nigerian national, who was involved in drug peddling in the capital city, and recovered MDMA-ecstasy tablets worth Rs 20 lakh from him.

Sandeep Patil, Joint Commissioner (Crime), on Wednesday said the officials of city Crime Branch have conducted raids in the residence of the accused person on specific inputs and seized 200 MDMA-ecstasy tablets and 100 gram MDMA crystals, among others. 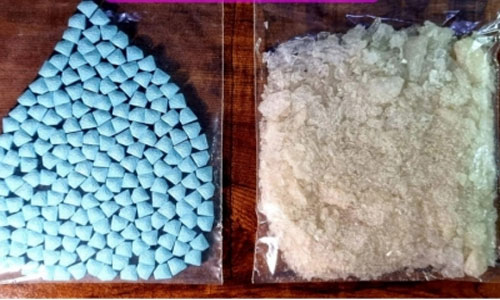 The investigations have revealed that one of the accomplices of the accused stayed in Goa and carried out drug peddling operations. The accused procured the drugs in Goa through post from Poland and in turn supplied them to drug peddlers of different cities across the country.

The Nigerian national who procured drugs from his accomplice in Goa, supplied it to college students and software professionals in Bengaluru. The police have launched a hunt for the other accused in the case. The Ramamurthynagar police have registered a case and the investigation is on.