Amit Shah gives roadmap for restoration of democracy in J&K

Srinagar, Oct 23 (IANS): Union Home Minister Amit Shah on Saturday said that after the delimitation process, there will be elections in Jammu and Kashmir after which statehood would be restored.

Giving the roadmap for the restoration of the democratic process in J&K, which was stalled after the resignation of Mehbooba Mufti led PDP-BJP coalition in 2018, Amit Shah told a large gathering of youth here, "First the delimitation process will be completed after which elections will be held. This will be followed by restoration of statehood." 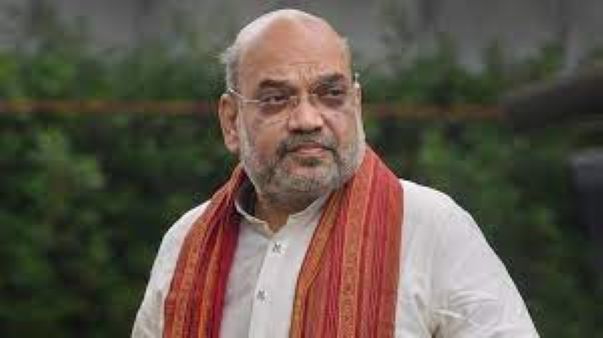 "I have said this on the floor of the Parliament".

The union home minister said curfew restrictions were placed following the abrogation of Article 370 were important to save lives of "our brothers and sisters in Kashmir".

"It was like a bitter pill prescribed by the doctor for our long term betterment", he said.

Shah asserted that August 5, 2019 would be written in gold letters in the history of J&K.

"On that date ended the exploitation of the innocent people, dynastic rule, corruption and misgovernance", he said.

He emphasised the fact that after August 2019, the situation has improved in J&K.

"Stone pelting is now a thing of the past", he added.

Describing Prime Minister Narendra Modi's vision about J&K, he said, "Modiji wants Jammu and Kashmir to be a 'giver' and not a 'taker' region of the country.

"I do not need to name those families", Shah told a youth gathering in Srinagar on Saturday afternoon.

The Union Home Minister said that it was Narendra Modi who decided that while the Ayushman Bharat Yojana entitles the weaker sections of the society for Rs 5 lakh medical treatment in other parts of the country, this facility should be available to every citizen in J&K.

Shah said it is the vision of the Prime Minister that J&K should become a giver rather than a taker region of the country.

"This did not happen during the 70 years till 2019 because those people were not interested in development, they played politics", he said.

Most of the national flagship programmes have achieved their targets in J&K. Swachh Bharat mission has achieved its complete target and every household in J&K has a toilet today.

He said 100 per cent homes in J&K have electricity and LPG connections.

Talking about the security situation, he said, "Those against peace and normalcy in J&K will be dealt with most strongly."

"No concession will be shown to such forces".

He said employment processes have been made completely transparent wherein merit is the only way to employment.

Old age pensions and other financial support schemes are now implemented through direct bank transfer and there is no question of any middleman interfering with these schemes.