Think of Modi, vote for BJP to ensure twin-engine govt in Goa: Shah

Panaji, Oct 14 (IANS): Union Home Minister Amit Shah on Thursday said that the BJP would come to power in Goa with a full majority, stating that with Prime Minister Narendra Modi at the Centre and a BJP government in the state, Goa would be powered by a "twin engine" governance.

"Over the last ten years the BJP government has taken Goa on the path of development. Yesterday I got a call from a journalist. I told him that once again with a full majority the BJP government is coming back to power," Shah said at a foundation stone laying ceremony for the campus of a National Forensic Sciences University (NFSU) in South Goa. 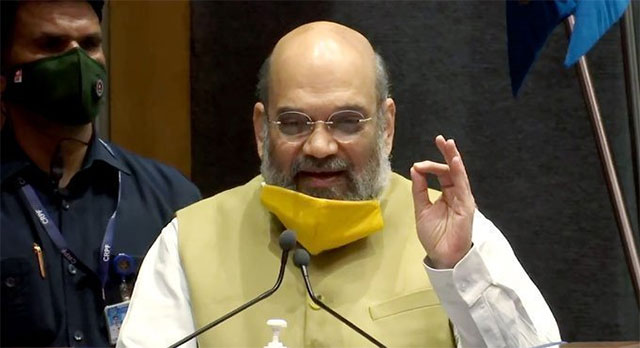 Shah also said that for a region to develop, it needed 20-25 years of continuous non-corruption and a visionary governance, urging people in Goa to back the return of a BJP government in the state.