Mangaluru, Oct 9: Dr Rajkumar fans will be delighted to see their idol in a new avatar in the video of famous theatre song 'Ninnanthor yaaru illavalo'. The song, originally composed by renowned theatre personality B V Karanth for the former king of Mysuru Kanthirava Narasaraja I, has been spiritedly rendered by Vasuki Vaibhav and arranged by Navneeth Shyam.

Ninnanthor yaaru illavalo is meant to be a preview for upcoming Kannada movie Daredevil Musthafa, which is based on a novel by the same name written by eminent Mysorean novelist Poornachandra Tejasvi. The song has been released under the PRK Audio label and the movie, currently under post-production is slated for release towards the end of the year. 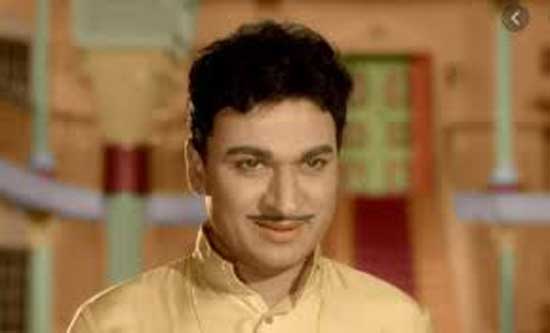 Debutant director Shashank Sogal is soon bringing this movie to the big screen and wanted to introduce it with an animated song featuring a scene from the movie; he has worked with Prajwal Vas of Plangle Studio to conceptualize the same.

The unique and first-of-its kind animation was created entirely in Mangalore by Plangle Studio, an animation and visual effects studio based in Bejai, with a team of 13 artists. The artists all hail from local fine art schools, such as Mahalasa and Sharada College.

Prajwal had established the studio to hire local talent and train them to create world-class vfx and animation to serve the global film industry. The animated video of Dr Rajkumar is one of the first projects of Plangle Studio to hit the screen.

The movie has already created quite a buzz with an innovative video showcasing characters from the movie via a fictitious social media platform, called Retrogram, a few weeks ago. Plangle Studio created the humorous and creative video with inputs and direction from Shashank.

Prajwal is the Vfx Supervisor and Plangle Studio has provided visual effects, editing, colour grading and other post-production services for Raj Sounds and Lights.