New Delhi, Sep 20 (IANS): The National Green Tribunal's (NGT) southern, eastern, and central benches have asked the Central Pollution Control Board (CPCB) and states from the respective regions to submit, by October 10, the status of State Action Plans (SAPs) to combat air pollution.

Upholding the contention that the National Clean Air Programme (NCAP) is not just for non-attainment cities, the NGT's southern bench has asked the CPCB and Karnataka, Tamil Nadu, and Telangana to submit their comprehensive SAPs by October 10. 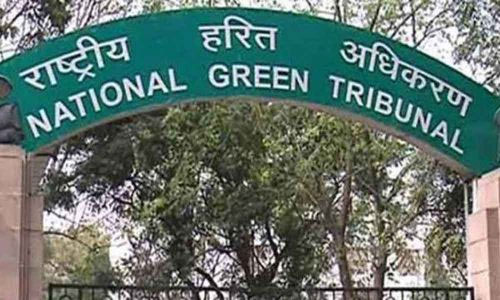 The NCAP is a national level strategy launched by the Union Environment, Forests, and Climate Change Ministry in 2019 with a comprehensive mitigation strategies and an effective ambient air quality monitoring network. Cities are declared non-attainment if they consistently do not meet the National Ambient Air Quality Standards (NAAQS) for PM 10 (Particulate matter 10 microns or less in diameter) or NO2 (nitrogen dioxide) over a 5-year period.

The NCAP has identified 132 non-attainment cities across India and several states are working towards city-specific action plans, many of which are already ready. The states are also supposed to prepare the SAPs as part of the NCAP.

Ritwick Dutta of the Legal Initiative for Forests and Environment (LIFE), who represented the petitioners, told IANS, that they had filed petitions at all the benches - southern, eastern, central, western, and the principal bench (for northern region) about two months ago to push for preparation of SAPs as part of the NCAP.

"While the southern bench on September 16 gave October 10 as deadline for states in south India to come up with SAPs, the eastern bench at Kolkata on August 24 had sought responses from the CPCB, the Ministry of Environment, Forest and Climate Change, states of Jharkhand, Bihar, West Bengal, and Odisha as to why their SAPs is not yet prepared? We also had a similar directive from the central bench at Bhopal that sought to know the status for central states," Dutta told IANS.

LIFE is now awaiting directions from the western bench and the principal bench on the issue.

The direction of the southern bench came on a plea that cited a study report of Lungs Care Foundation, in coordination with the Pulmocare Research and Education (PURE) Foundation, which claimed that air pollution is causing lung diseases, obesity, asthma, and other diseases, especially in children of adolescent age.

Stating that "air is an important element of human life, without which life can't exist", the tribunal order said: "So, under such circumstances, the governments are also directed to come up with a proper action plan, as most of the sources of air pollution related to different departments, in respect of which policy decision will have to be taken at the state government."

The CPCB had informed the tribunal that the formulation of 'Guidelines for State Action Plan' under the NCAP got delayed due to Covid pandemic situation in the country and needed two months for their preparation. However, the NGT bench came down heavily on the CPCB as it was to formulate guidelines for the preparation of SAP by 2019, much before any pandemic or lockdown was on horizon, and thereafter each state government was to formulate and implement their respective SAPs by 2020.

"It may be mentioned here that the NCAP is not intended only for non-attainment cities. It is for the purpose of making all cities pollution-free, as providing clean air is part of Right to Life under Article 21 of the Constitution of India and it is the state government to take appropriate steps to implement that plan in its letter and spirit," the southern bench of Justice K. Ramakrishnan and expert member K. Satyagopal, said.

Under the NCAP, the states will have to provide infrastructure for establishing air monitoring stations, and centrally monitor vehicular emission, garbage burning and other aspects. "These are all the areas where various states departments are also expected to go into the issue and have a consolidated action plan as to how they are going to minimise the air pollution," the NGT said.