Vaze tried to terrorise, extort Ambani and other richies: NIA

Mumbai, Sep 8 (IANS): Sacked Mumbai cop Sachin H. Vaze had allegedly ploughed back extortion incomes to execute a terror threat to top businessman Mukesh Ambani and his family, besides terrorising other rich corporate honchos to extort money out of them through threats of dire consequences.

This and other shock revelations figure in the National Investigation Agency (NIA) charge sheet against Vaze and 9 other accused in the sensational planting of a SUV near the Ambani home Antilia and the subsequent killing of the vehicle owner Mansukh Hiran cases, filed in the Special NIA Court on September 3. 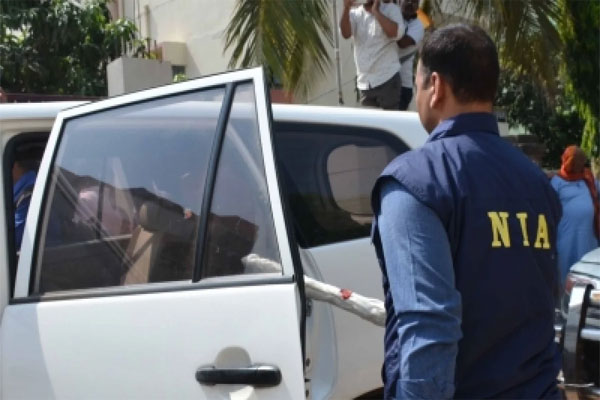 The CBI contended that the suspended and sacked cop Vaze was aiming to make a comeback as a 'Supercop' to regain his lost glory after he was reinstated into the Mumbai Police in 2020, after 16 years in the wilderness, but after the current case, he was sacked again.

"Through extortion, he (Vaze) was collecting huge amount of money, part of which was used for the commission of instant crime. As evident from the threat note placed along with the (20 gelatin sticks) explosives in the vehicle (Scorpio SUV) planted by Vaze himself on Carmichael Road (on February 24) was an act of terror on the part of Vaze," said the NIA charge sheet.

The 290-page dossier adds: "The intent was clearly to terrorize wealthy and prosperous individuals and also to extort money by putting them into fear of dire consequences. The post on Telegram channel 'Jaish Ul Hind' appears to be a deliberate attempt to add credibility to the above said act of terror, and the murder of Hiran was a direct outcome of the said act of terror."

Later, the ex-cop ordered the killing of Hiran's murder as he was proving to be the proverbial 'weak link' in the entire conspiracy.

Vaze allegedly forced Hiran to take the blame for planting the SUV with the explosive material, but when he refused to oblige, the cop along with others conspired to eliminate him, sitting in the Mumbai Police headquarters compound.

Hiran was lured and bumped off by hired killers under the guidance of co-accused Pradeep Sharma, and the matter came to light after his body was fished out from the marshes of Thane Creek near Bhiwandi on March 5.

Vaze had also asked Hiran to file the missing complaint of his vehicle to use it in the crime, and fake number plates belonging to Nita M. Ambani's security convoy, was used on the Scorpio SUV.

After planting the car near Antilia, Vaze also got the case transferred to the Crime Intelligence Unit which he headed and destroyd incriminating CCTV footage, etc.

He conducted a fake raid on March 5 - the date on which Hiran's body was recovered - to create proof that he was on duty far away from the scene of the crime pertaining, and later tried to project it as a suicide by circulating it through his media contacts, the NIA said.

The NIA has produced the statements of 178 witnesses including 20 who are under protection, comprising one who has witnessed Vaze parking the Scorpio near Antilia and another who saw him while visiting the then ex-home minister Anil Deshmukh on February 24.

The 10 accused are dismissed cops Vaze and Vinayak B. Shinde, both from Thane, and Mumbaikars - Naresh R. Gor of Grant Road, Hisamuddin Kazi of Jogeshwari, Sunil D. Mane, Santosh A. Shelar and Manish V. Soni, all from Malad, Anand P. Jadhav and Pradeep R. Sharma, both of Andheri, Satish T. Mothkuri of Goregaon, said the NIA.

Taking a serious view of the twin cases which triggered a massive political row, all the accused have been slapped with terror and hatching terror plot charges under the Unlawful Activities (Prevention) Act, murder, and conspiracy to murder under Indian Penal Code besides the Arms Act and the Explosive Substance Act.