Mumbai, Aug 31 (IANS): After a lull of two weeks, heavy rains hit the financial capital of Mumbai and the coastal North Konkan belt since the wee hours of Tuesday, officials said here on Tuesday.

While one boy was washed away in a flooded river in Jalgaon, there has been no impact on the road, rail traffic or air services.

The IMD Regional Meteorological Centre has cautioned fishermen against venturing into the Arabian Sea at least for the next 72 hours till September 3 due to rough sea conditions. 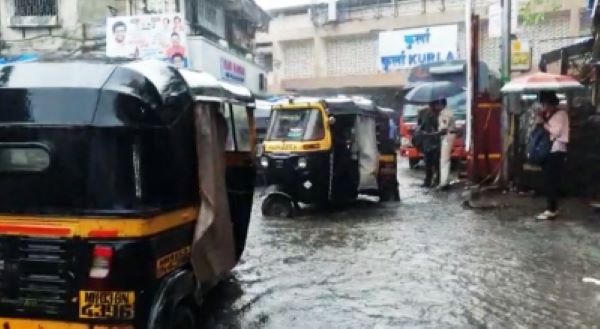 There were reports of big and small hillslides or landslides on the Aurangabad and the Ratnagiri highways, with traffic diverted to alternative routes.

Other districts like Nashik, Nanded, Jalgaon, Aurangabad, Beed, Akola and Dhule were clobbered with heavy rains.

According to local media reports, several hundred cattle were washed away in the floods in Chalisgaon in Jalgaon.

Low-lying areas in Raigad, Palghar, Thane, Nashik and other places were inundated under flood waters with people frantically attempting to save their homes and valuables.