Participating in a webinar entitled Responding to Climate Change: What should Karnataka and India do? that was organised by the Institute for Social and Economic Change (ISEC) here, Centre of Economic Studies and Policy, ISEC, Professor Krishna Raj highlighted the issue of high carbon economy that has resulted in rise of temperature by one degree Celsius, which in turn costed around 5 per cent of the GDP. 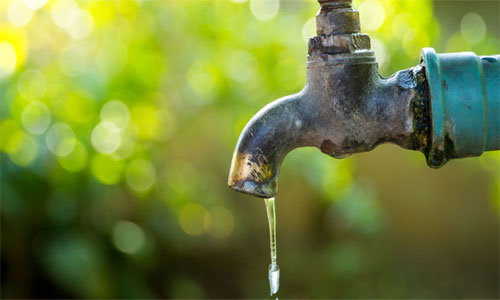 "If the same trend continues at such alarming levels in change of temperatures, Bengaluru city will face acute drinking water shortage in the coming years with the reduction in water availability in the Cauvery River basin mainly due to variation in precipitation levels," he said.

He also cautioned that though India wants to increase its forest cover aimed at reducing CO2 levels by 2030, deficient climate finances may limit realising the climate targets.

"As per the Climate Policy Initiative on Global Climate Finance, 2019, 44 per cent and 56 per cent respectively constitute public and private finances. And the main concern is that about 93 per cent of the total public and private finances flow to mitigation activities and adaptation activities receive less than 7 per cent. Therefore, it would be difficult to achieve the desired results," he said and added that the Intergovernmental Panel on Climate Change (IPCC) AR 6 report has concluded that the Earth's climate is getting so warm that temperatures in about a decade will probably go past the warning level.

Centre for Ecological Economics and Natural Resources, ISEC's Assistant Professor Balasubramaniam warned that in Karnataka, 65 per cent of the households were highly vulnerable to rising temperatures.

"Only way forward to reduce climate change is to increase the need to depend on renewable sources of energy and reduce vehicle emissions in cities by encouraging public transport," she said.

Associate Professor, Centre for Research in Urban Affairs, ISEC Manasi said that over exploitation of ground water in peri urban areas given their positioning since they belong either to rural or urban areas, thus being vulnerable to climate change risks.

Drawing from a micro level study conducted on vulnerabilities in Karnataka, reference was made to land use change and groundwater overuse resulting in an increase in defunct borewells and negligence of water bodies. She also indicated the need for micro level studies for better understanding of local problems and finding innovative solutions to achieve Climate Action.

Economic Advisor to UP's Chief Minister, who moderated the discussion Prof. K.V. Raju, in his remarks, stated that further empirical research studies are to be taken up for policy on mining, renewable resources given its importance in the current context.