Bengaluru: Karnataka as base for human trafficking - case entrusted to NIA

Bengaluru, Jul 21: During the police investigation, it was found that the state has been converted into a hotbed for human trafficking between countries. Taking this matter seriously, the union home ministry has allotted the investigation into the case to National Investigation Agency (NIA).

The case relating to the unearthing of the trafficking of Sri Lankan women in Manglauru on June 10 has already been given to NIA. The case relating to the gang rape of a Bangladeshi lady at Ramamurthinagar, here, has also been entrusted to NIA for further investigation. In these two cases, human trafficking has been revealed. The officials are now making efforts to find out the kingpins operating in the background to help such activities. 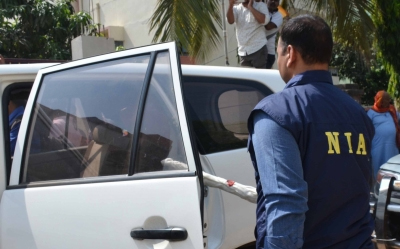 25 women from Sri Lanka had been brought to Chennai by sea and then to Mangaluru port by ship. The security personnel who checked them found that they did not have passports and visas. Immediately, the ladies as well as Ayya alias Dinakaran and Kashi Vishwanathan from Tamil Nadu, who accompanied the ladies were interrogated. It came to light that Isan from Sri Lanka had asked Ayya to take the ladies to Canada. Simultaneously, Kashi was paid two lac rupees with instructions to take the ladies to Mangaluru.

NIA officials said that unless the kingpins are found, the extent of the racket cannot be assessed. They feel that some Indians may also be involved in this racket.

It has been found that girls from Bangladesh are brought through illegal routes and they are engaged in illegal activities in Karnataka, Delhi, Kerala, Maharashtra etc. In the Ramamurthinagar case, the officials found that all the 13 accused and the aggrieved lady were illegal residents here. Bangladesh citizens who cross over to India with the help of agents, get fake ID cards done and then spread to different parts of India. Mostly they are found in south India. Citizens of Sri Lanka reach Chennai first as they have contacts there, and then to other parts of the country.

Title: Bengaluru: Karnataka as base for human trafficking - case entrusted to NIA