Mangaluru, May 18: Chairman of Karnataka State Nomadic and Semi Nomadic Corporation, K Ravindra Shetty Ulidottu, promised to make the state government abreast of the loss of crores of rupees suffered by the company executing the Harekala-Adyar dam project.

He was speaking after visiting the Harekala-Adyar dam site which is under construction at a cost of Rs 200 crore. On account of the river water which gushed into the dam site due to the cyclone, the dam has suffered extensive damage, and Ravindra Shetty, who inspected the loss, was accompanied by Harekala villagers. 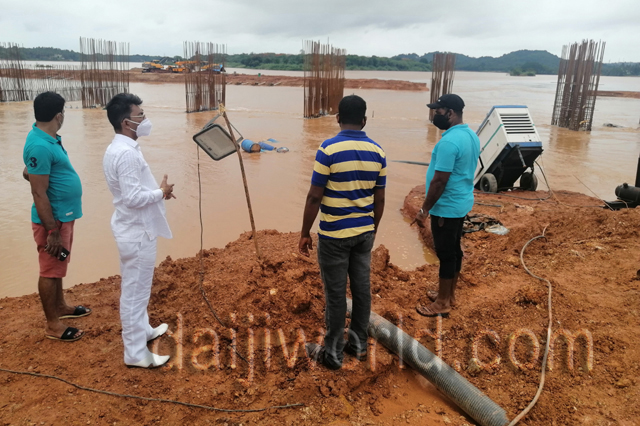 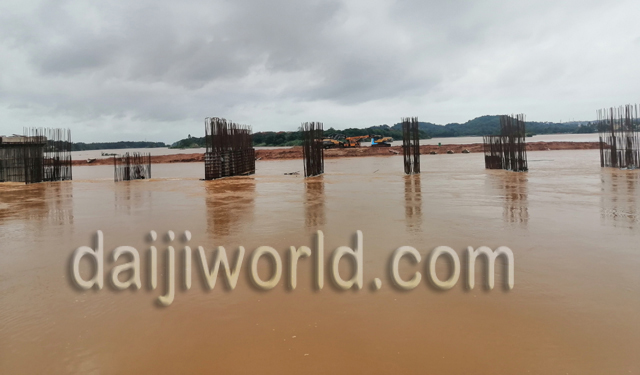 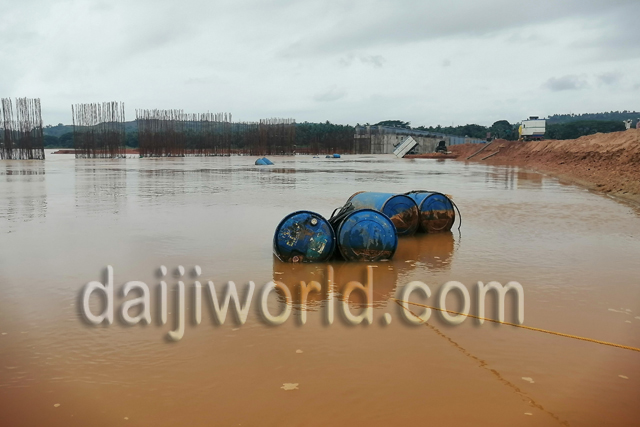 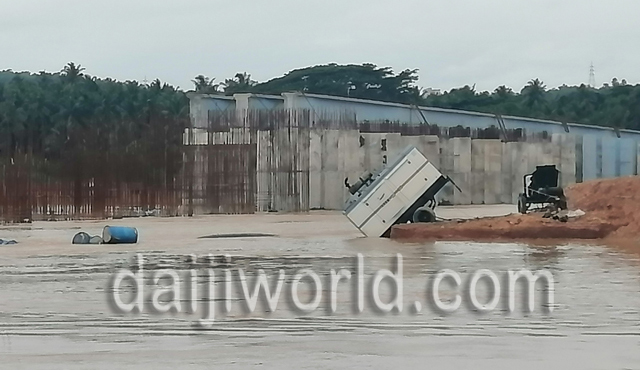 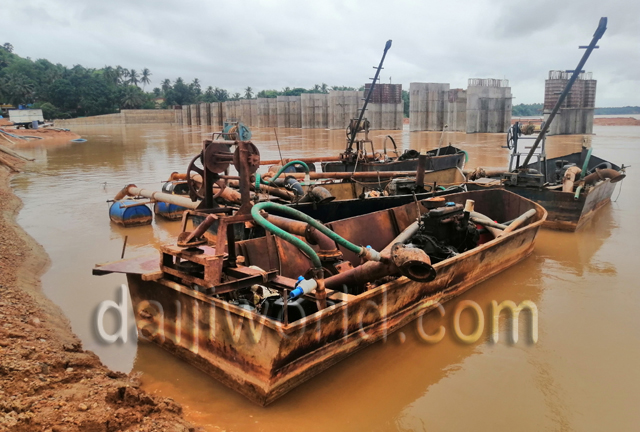 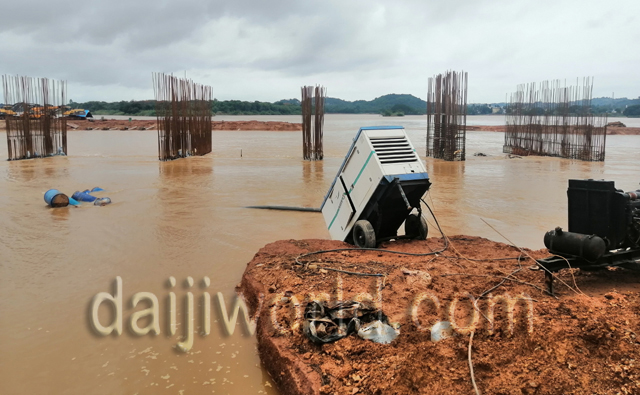 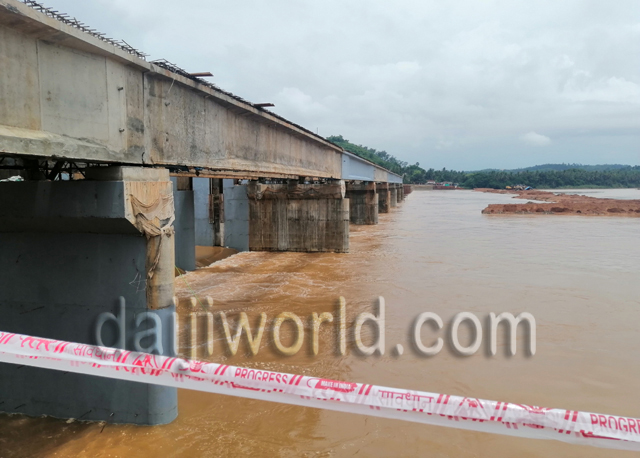 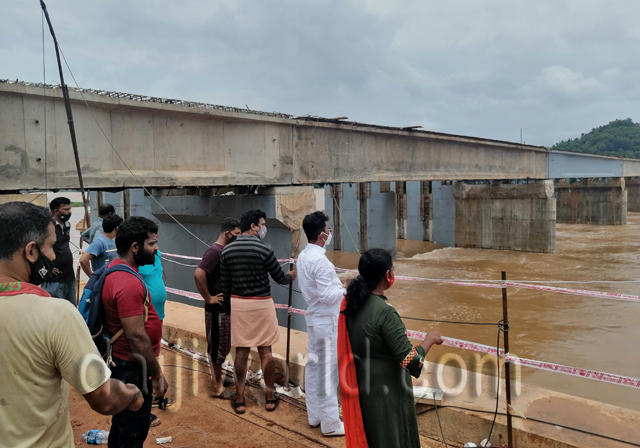 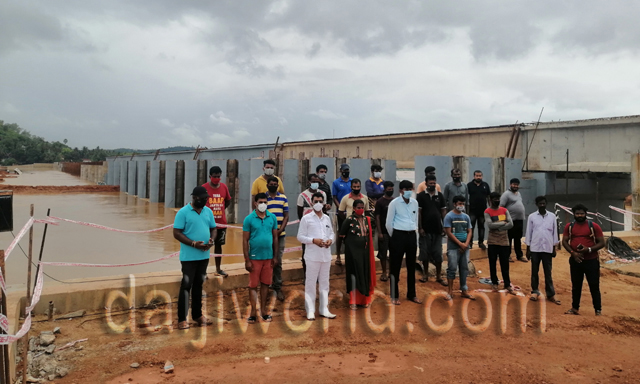 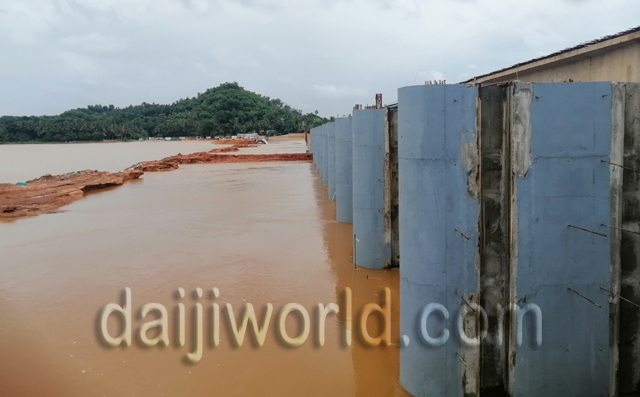 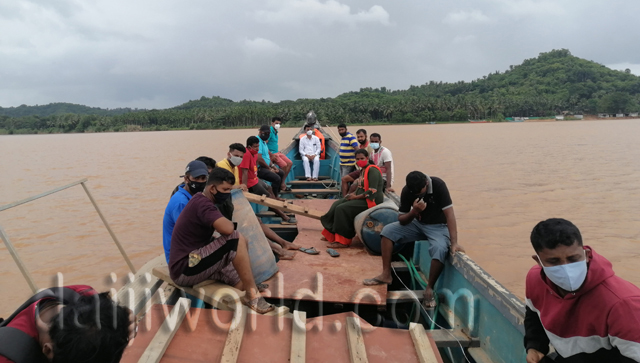 "During the visit of the district in-charge minister, I have witnessed the devastation inflicted by the cyclone, Tautke between Ullal Kody and Mogagaveerapatna and Someshwara Uchila. The cyclone has created lot of havoc in Mangaluru constituency. Harekala - Adyar dam is a good project gifted by the state government to Harekala village. The works at the dam site have suffered extensively due to the cyclone. Due to the flood, cement, steel, machinery etc have submerged in water, causing a loss of ten crore rupees to the builders which I have personally seen. A first grade contractor entrusted with the execution of the project has been undertaking the project in a systematic manner and the company has been executing the dam plan properly. The operation to clear the damages inflicted by the cyclone is
under way now. We hope that the clearance operation will move ahead without hitches and completed without problems. We have prayed to the river goddess to bless the concerned. I will bring to the notice of the government about the loss suffered by the company. I hope that the work will be completed soon and will help Harekala villagers and farmers," he said and thanked all the villagers who helped during the tragedy at the dam site," he explained.

The work of extricating three excavators and a crane which are stuck in the middle of the river is under way. Project in-charge, Gurumurthy, said that rescue work is continuing day and night and the company has lost heavily as the pipe tunnels which were erected at six places were washed away. Thirty-two pumps, and seven 125 kv generators have also been consumed by river water. 7,000 cement bags, steel rods and iron centering materials also got swept away. The loss has been estimated at ten crore rupees," he stated.

He said that the tragedy could have been avoided if the company had been informed in advance about the release of water from the AMR dam at Shambhoor. AMR dam officials, who were aware about the Harekala dam work going on, should have given advance information so that the losses could have been avoided. As water came rushing in suddenly at 3 am on Tuesday, there was a huge flood which washed away everything.

One of the workers, Reepul Sarkar, said that 50 workers were asleep in a temporary shed near the work site and when water came charging in at 3 am, all the workers ran away and reached the shore. Cooking materials and other things in the shed were washed away. Because of the failure to issue advance warning, all the things were consumed by the flood, and now we are busy recovering the things from the river, he added.