Mangaluru, Apr 12: Rajani Shetty from Ballalbagh in the city, who is well known for her passion to rescue and provide food and shelter to the hungry street dogs, has now gone down a well as she has done before, to rescue a dog. 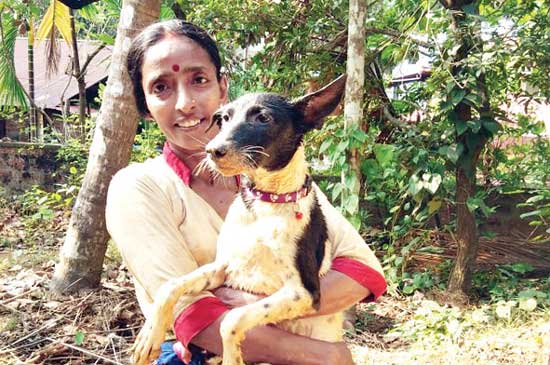 Rajani immediately went there, duly accompanied by her husband Damodar, and daughters Shwetha and Rithika. As the depth of the well was only about 50 feet, the dog had not suffered any serious injury, and it was on one side of the well. Rajani went down with the help of a rope. Even though she felt suffocated, she recovered soon and tied a rope around the dog and asked it to be rescued. Later, she came up with the help of rope.

Rajani said that there was no one when four of them went there. She revealed that as the well was unused for long, there were bats inside. She said that the dog was not hurt. She also revealed that it is a street dog, and that has been taken away by a neighbour for taking care of it.