Bengaluru, Dec 9 (IANS): In a near sweep, a resurgent Bharatiya Janata Party (BJP) won 12 seats, while the Congress only 2 and the Janata Dal-Secular (JD-S) faced total rout in Karnataka's by-elections for 15 seats held on December 5, an official said on Monday.

"Of all the results declared for 15 Assembly seats, the BJP won 12, Congress 2, while the JD-S drew a blank," poll official G. Jadiyappa told IANS here.

An Independent, backed by the JD-S, won Hosakote in Bengaluru Rural district.

The Congress won Hunasur in Mysuru district and Shivajinagara in Bengaluru central.

As the ruling BJP needed only 7 seats in the 223-member Assembly for a simple majority with 112 as the halfway mark, the 4-month-old BJP government will continue in office for over 3 years till the 5-year term of the present Assembly lapses in May 2023.

The BJP secured 50.3 per cent of the total votes polled, the Congress 31.3 per cent and the JD-S 12.1 per cent respectively in the 15 Assembly segments.

The BJP fielded 11 Congress and 3 JD-S defectors to wrest the seats from both the opposition parties.

Nagaraj is a Congress defector, while Bachegowda is a BJP rebel whom the party expelled for not withdrawing from the crucial battle at the hustings as an Independent.

JD-S did not field its candidate in Hosakote but supported Bachegowda, who is the son of BJP's Lok Sabha member from Chikkaballapur B.N. Bache Gowda.

Bengaluru, Dec 9 (IANS): The ruling Bharatiya Janata Party (BJP) is heading for a simple majority in the 223-member Karnataka Assembly, as it surged ahead in 12 of the 15 constituencies where vote count is underway for the December 5 bypolls since 8.00 a.m., a party official said on Monday.

"Our party is ahead of the opposition Congress in a dozen seats and trailing behind it only in two seats and an Independent in one seat after 10 rounds of vote count in all the 15 Assembly segments," BJP's state unit spokesman G. Madusudhan told IANS here. 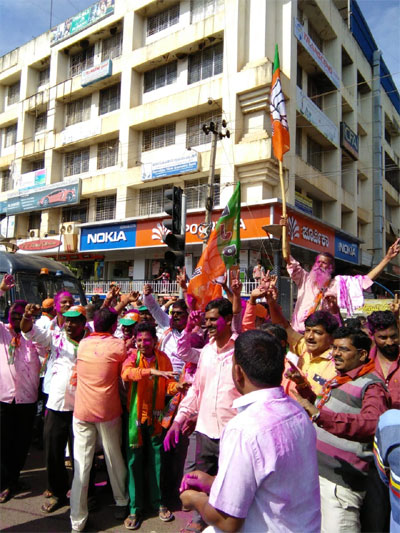 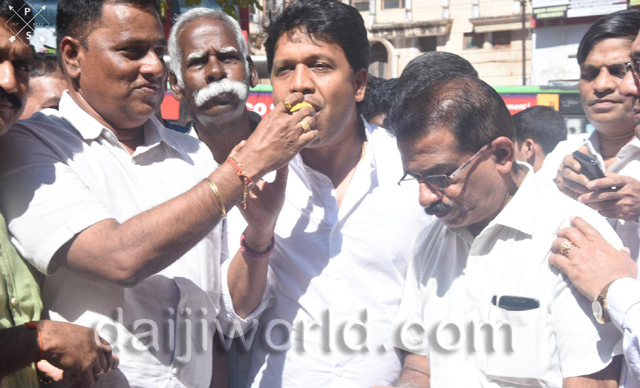 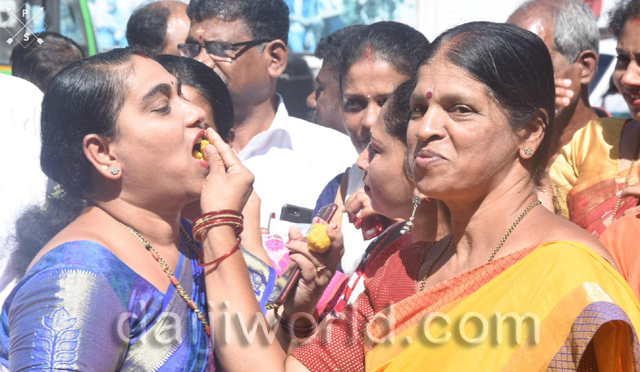 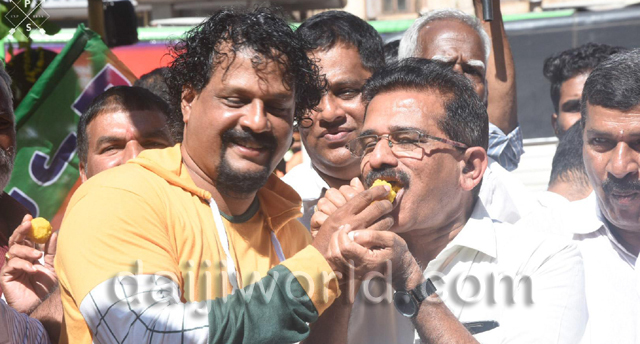 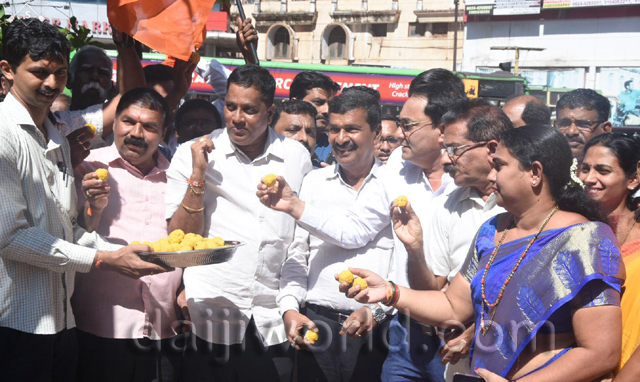 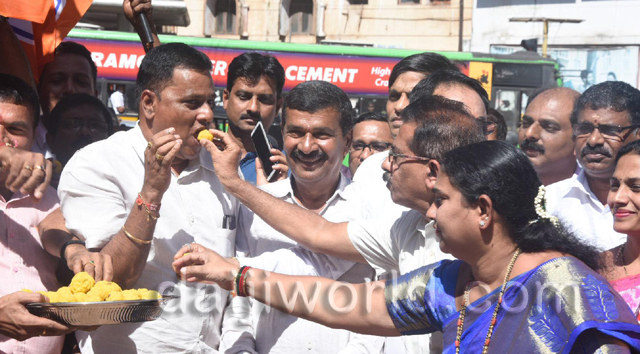 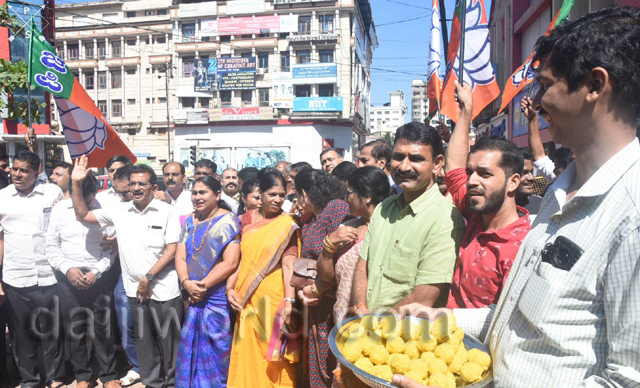 With 104 members excluding the Speaker and the support of an Independent, the ruling party has 105 seats in the Assembly, including one nominated from the Anglo-Indian community with voting rights.

"Our party's strength alone will go up to 116, excluding the Speaker and 117 with the Independent, which will be 5 above the simple majority of 112 in the 223-member Assembly, with 2 seats vacant.

Bye-elections in two Assembly seats Muski in Raichur district and R. R. Nagar in Bengaluru southwest were not held, as a litigation on its results from the 2018 Assembly elections is pending in the Karnataka High Court.

Though Chief Minister B. S. Yediyurappa formed the government for the third time on May 17, 2018 with 105 members, he resigned on May 19 after he failed to secure eight eight seats required for the simple majority with 113 as the halfway mark then.

Yediyurappa, however, returned to power for the fourth time in the southern state, on July 26 after the 14-month-old JD-S Coalition government fell on July 23.

As the 5-year tenure of the present Assembly lasts till May 2023, the BJP can remain in the office for the remaining over three years.

1.45 pm - Congress has won two seats and an independent candidate wins one.

11.51 am - BJP candidatecontinued their leads in Athani, Kagwad and Gokak assembly constituencies.

11. 45 am - Chief minister B S Yediyurappa celebrates with his son BY Vijayendra as BJP leads on 12 out of 15 seats in the Karnataka bypolls.

8.37 am - Some tension in Hoskote- counting delayed.

8.20 am - After the first round of counting in K R Pet,JD(S) candidateBL Devaraj is leading.

6.51 am - Security beefed up at counting centres.

Bengaluru police have beefed up security ahead of counting of the votes polled in the recent bye-elections. The police have made elaborate security arrangements in all the four constituencies. Nearly 1,300 policemen have been deployed across the city for the counting.

The future of the four-month-old B S Yediyurappa-led BJP government will be clear today as the counting of votes in the crucial by-elections to 15 assembly constituencies will be held today.

Counting will start at 8 AM and results are expected by the evening. Postal ballots will be counted first, which will be followed by votes in EVMs.

While the BJP government needs to win six of the 15 constituencies, exit polls have predicted wins in a minimum of eight seats for the saffron party. 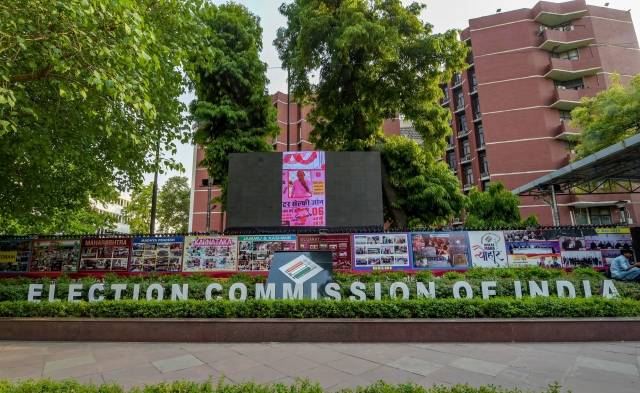 Some of disqualified MLAs

The by-poll results are crucial for Congress Legislature Party leader Siddaramaiah who is facing growing discontent against his unilateral style of functioning and selection of candidates for the polls.

The poll outcome is also keenly awaited by JD(S)' Kumaraswamy who aims to keep his flock together amid threats of further internal bickering.