Mangaluru, Mar 12: According to sources, Tulu film ‘English’ directed by Sooraj Shetty, produced by Harish Sherigar and Sharmila Sherigar under the banner ACME movies International, will hit screens in August later this year.

Renowned Kannada actor Ananth Nag will also have an appearance in the film. 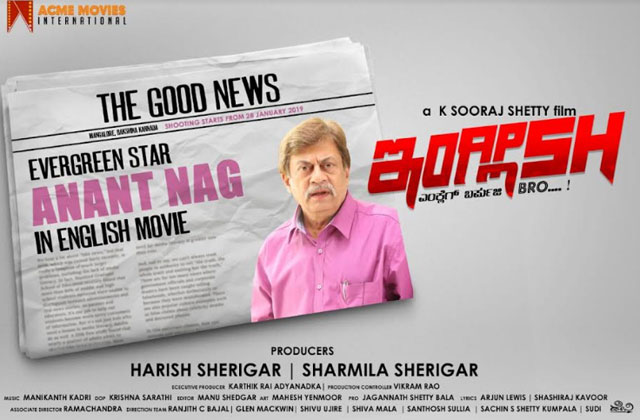 Music is provided by Manikanth Kadri for the comedy entertainer.