Mangaluru, Feb 17: ‘Kambalabettu Bhatrena Magal’, Tulu film produced under the banner of Rachel Film Production will be released simultaneously in Dakshina Kannada, Udupi, Madikeri and Kerala on February 22. It will be released in second stage in Dubai and Abu Dhabi and subsequently in Mumbai and Pune.

Director Sharath S Poojary said that attempts are made to tie the glory of Tulunadu in it. The film with female oriented social thoughts is shot in Kannada also and is ready for release. The date for its release is not finalized. 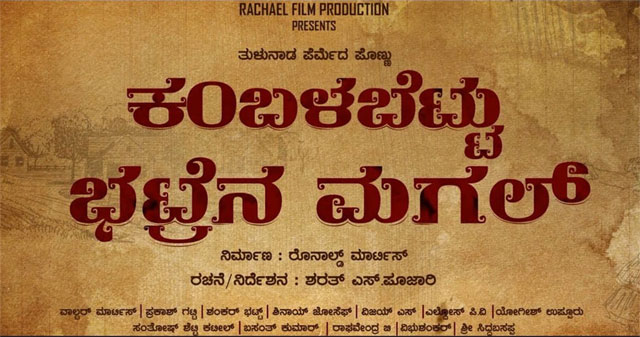