Mangaluru, Dec 3: Dharmasthala, the famous pilgrim and tourist centre, 74 km east of Mangaluru Central railway station, is in the thick of celebrations to mark silver jubilee of the ascendency of Dr Veerendra Heggade as the Dharmadhikari of this Kshetra.

One of the projected events is the Mahamastabhisheka of the statue of Bahubali (popularly Gomateshwara/Gomata) scheduled to be held in February 2019. This event, the fourth since the erection of the 39-ft, 210-tonne monolithic granite statue carved from a single stone, will attract wide media and public focus on Rathnagiri, the hillock on the Dharmasthala campus where the statue stands on a 13-ft pedestal. 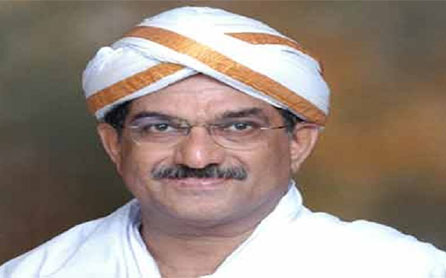 In this context, it is interesting to trace the roots of this statue to Karkala and Ranjala (also spelt Renjala) Gopala Shenoy, a resident of this taluk town, who sculpted it. I have tracked the progress of the carving of this statue during my visits to Karkala, on my holiday forays from Mumbai, including the dramatic journey of the granite giant from Karkala to Dhramasthala. But, we must start at the beginning. To start with, the statue was installed on February 2, 1982 by Dr Veerendra as per the desire of his parents, Ratnaverma and Ratnamma Heggade. The statue was sculpted by Ranjala Gopalakrishna (Gopala) Shenoy who had started work on it in 1967. Gopala has the distinction of sculpting the largest Bahubali statue, after the one at Shravanabelagola. 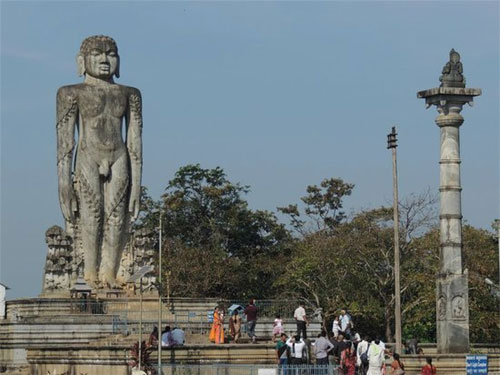 It is interesting to track the progress of Gopala from a third standard dropout to being honoured with doctorates by Mysore and Mangalore Universities. I had the opportunity of meeting this master sculptor a few times and projecting his work in the national English media in the 1990s. According to a slim biography of Gopala by Anita G Shenoy, published by Karnataka Konkani Sahitya Academy, Gopala’s ancestral roots were at Mandre in Goa from where the family migrated to Ranjala, near Karkala. Gopala’s father, Janardhana, was born circa mid-19th century. Gopala, one of his four children, was born on January 6, 1887.

Gopala studied up to third class. His father trained him in sculpting and painting. His father died when Gopala was 18 years. Consequently, he had to take care of his three sisters. He went to Varadendra Swami for his blessings and guidance. The Swami gave him a job as an art teacher at a monthly salary of Rs.3. Gopala started by making Ganesh statues of various sizes, especially for the Chouthi festival. But his tryst with statue-making is said to have had a disastrous start. A Ganesh idol, his first such work, made out of clay, had been a butt of ridicule when it broke during transit. This hurt his ego. Unmindful, he persisted with his craft. He was not money-minded and gave statues to poor people by just accepting a coconut. He also diversified into intricate carvings in ivory. His modest workshop, attached to his residence, attracted many people to look at his statues. He came to be popularly called as Shilpi Gopala. He had a record of expressing his aesthetic outpourings in many mediums, including paper, mud, stone, silver, gold, panchaloha and coconut shells. 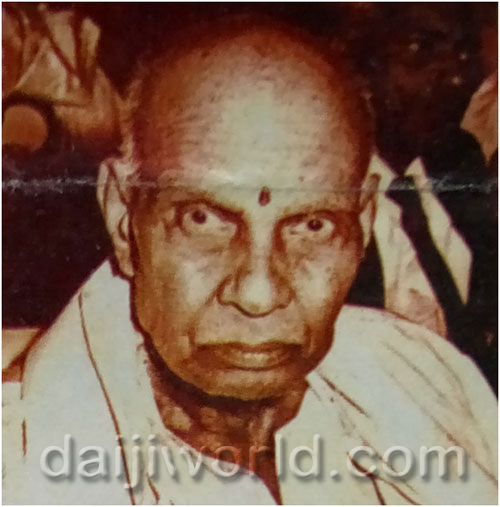 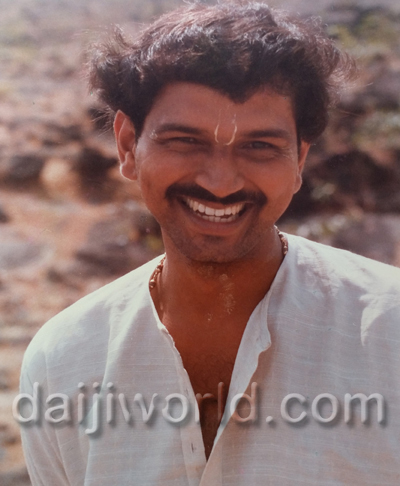 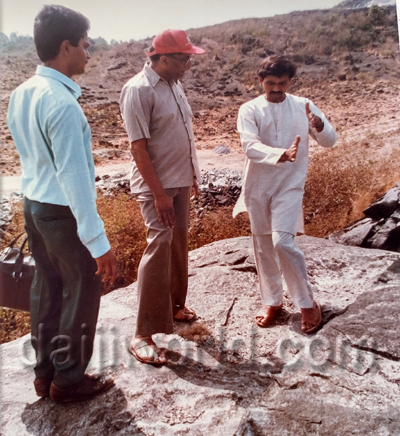 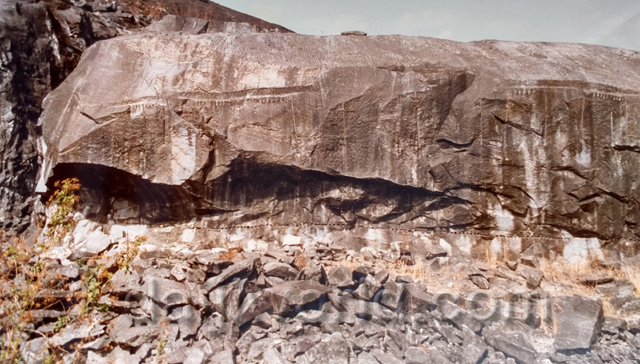 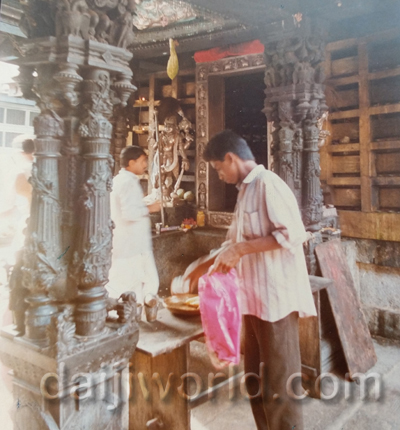 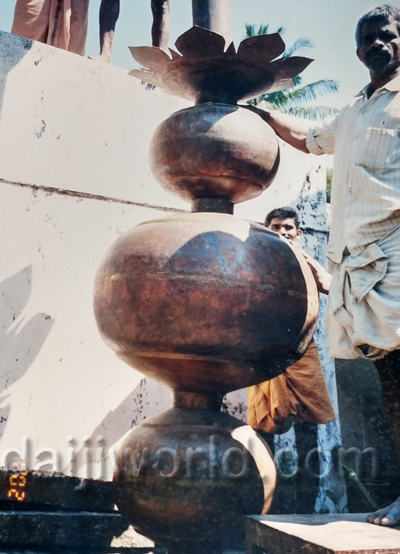 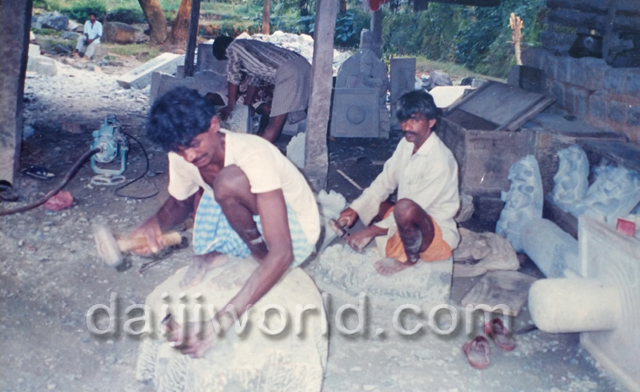 Gopala was commissioned in 1936 to carve the four pillars at the entrance of sanctum sanctorum of Karkala’s Venkatramana Temple located a few metres away from his modest home/workshop. These were carved out of granite stone in the workshop attached to his residence, which then came to be called Bhuvanendra Shilpa Shala. The work
was completed in 1942. The four pillars depict Narada, Garuda, Thumbura and Ashwini as doorkeepers. These pillars have intricate carvings depicting birds feeding chicks with worms and grape-vines laden with bunches of grapes. They have also chains carved out of granite stone which mimic iron chains. These not only attract admiring tourists and devotees but are also so famous that people offer to swear standing between the pillars.

In 1941-1942, Gopala sculpted a three feet statue of Shri Gopalakrishna for Divine Life Society, Rishikesh. It was so life-like and attractive that the Swamiji of the temple invited Gopala to meet him. When he went there, the Swamiji was down with paralysis. Yet, with the help of his disciples he came out and hugged Gopala saying, “You are not just a sculptor but a divine sculptor. You have Krishna in your heart.” The statues he made went all over India and beyond. People from England commissioned him to make a statue of Shakespeare which was much admired.

Having been moved by the Gomateshwara statue at Shravanabelagola, Ratnaverma Heggade commissioned Gopala to do a similar statue. The work started at Mangala Pade, a granite hillock 8 KM from Karkala, on October 12, 1967 and the finished statue started its road journey to Dharmasthala on March 27, 1973 on a motorised trailer with 64 wheels and pulled by three tractors of 250 HP each. The transport had to be done on treacherous winding roads on which many minor bridges and culverts were surveyed and reinforced to take on the unprecedented heavy load. It was not as the crow flies between Karkala and Dharmasthala. The route for the transportation could not be through shorter link roads but the main district road touching Karkala (already host to an older Gomata statue of lesser height), Moodbidri, Venoor (also host to a smaller Gomata statue), Gurvainkere, Belthangady, Ujire and, finally, Dharmasthala. The cost of transport to Dharmasthala, by Mangathram, one of Mumbai’s leading transport firms, and its installation there worked out much more expensive than what the sculptor was paid for the work of carving the statue. It may be noted here, apart from the motorised trailer used for the transport, on-site of the carving of the giant stone block was cut and turned around without the use of modern lifting tackle like cranes. Gopal’s workforce was mainly sourced from Tamil Nadu, especially Coimbatore – many of them have now made Karkala their home and form the backbone of the stone-carving industry there.

Another statue of Bahubali, 35 feet high, was carved for installation at Phirozabad in U.P. The Japanese Buddhists, on their pilgrimage to Jain-Buddhist centres in north India, who saw this statue, came to Karkala to request Gopala to carve one for them to be installed in a temple at Dera, Japan. This was a twenty-metre high sitting Buddha, carved in sections and reassembled at the temple site in Japan. I was with Gopala when the Japanese came to Karkala with the request and had, incidentally, acted as a translator. Also incidentally, on my first of many visits to Gopal’s modest abode, I discreetly looked at his fingers because there was a belief that in the olden days the chieftains who commissioned sculptors or other artists cut off their fingers so that they do not replicate such art for others, specially their rivals.

Apart from $100,000 for this work, Gopala got orders for hundreds of smaller statues from Japan. Once again the cost of sculpting the twenty metre sitting Buddha statue was dwarfed by the cost of packaging and transporting it to Japan. However, it should be noted that the Japanese generously included a cost escalation clause in the contract with the result Gopala got much more than what he initially bargained for.

Gopala married Sathyabhama at the age of 20 years. The couple had seven children-- three male and four female. His sons did not take much interest in their father’s art. Thus, his artistic legacy fell on Radhamadhav, See circa 1992 photos by L&T photographer, Jaswant Singh Bohee), son of Gopala’s second son, Manjunath (now late). When Radhamadhav was 18 years Gopala pulled him out of college and was initiated into the sculptural art. Gopala died on December I, 1985. Twenty-two years earlier, his wife also had died on the same date. Their shradda is now marked together on the same day.

As one commentator noted, perhaps Gopal did not leave any medium untouched to express his aesthetic feelings. He had chosen paper, mud, wood, stone, silver, gold, panchaloha and even coconut shells for his work. It may be noted that the name Karkala is derived from kari-kallu – black stones. They were the curse of farmers. But, Gopala turned them to gold, literally, by earning foreign exchange with the export of sculptures made out of them.

There is a sad postscript to this story. Radhamadhav, after the death of Gopala, was to get an order to sculpt a giant 62 ft statue to be installed near Palam Airport in Delhi under the patronage of the Birlas (BK Birla). I have seen the initial correspondence on this subject and the euphoria and confidence that the prospective order generated in Radhamadhav was palpable. Sadly that proposal fizzled out because of the difficult transport issue, though another of India’s bulk moving firms, ABC, was in the picture. I could see Radhamadhav’s visible disappointment but he soldiers on regardless – now concentrating on religious statues. However, a massive statue sculpted by Radhamadav will now dominate the Mangaluru-Bajpe International Airport Road at Marakada Junction. It has already been installed by Sri Guru Oarashakti Mata; but shrouded with giant plastic sheets pending its inauguration after the work on the stairs leading to it on a hillock and other related civil work is over. 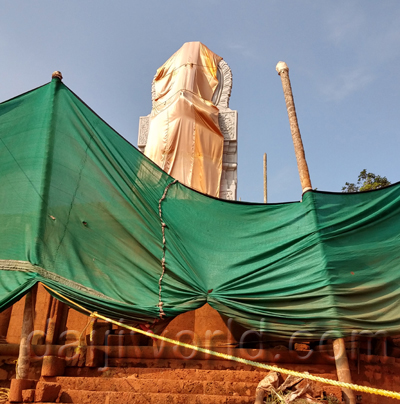 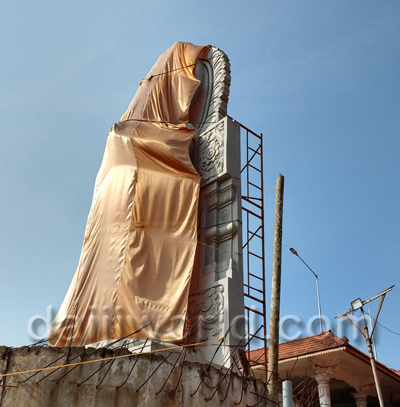 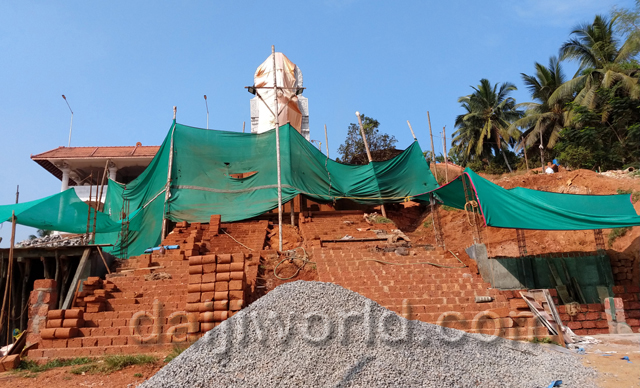 It may be noted that Radhamadhav had executed a 27-ft, single-piece Hanumantha statue about one year back and installed in Karimnagar, near Hyderabad.