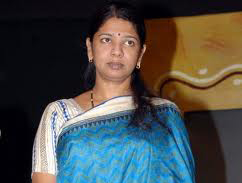 Justice V K Shali, who issued the notice to CBI has asked for a response before December 1.

It may be recalled that the CBI had no objection to Kanimozhi and four others being granted bail. But the special court denied the bail. Senior advocate Mohan Parasaran had represented the CBI.

"We reiterate the stand taken before the trial court. There is no deviation from that," the senior lawyer said.

Kanimozhi was arrested on May 20 this year, in connection to 2G distribution case, and has been in jail for over 170 days now.