Mangaluru, Dec 21: Leaders of fishermen association have opposed the sand mining activities in the rivers that come under the ambit of CRZ jurisdiction.

The leaders said sand mining would affect fishing activity and their livelihood.

Abdul Taqub, president of Bengre Phalguni Traditional Fishermen Association told reporters here that sand mining from rivers destroys algae, shellfish, cowry, prawns which are the lifeline and livelihood of so many fishermen and their families. He said rivers were already facing a shortage of fish. 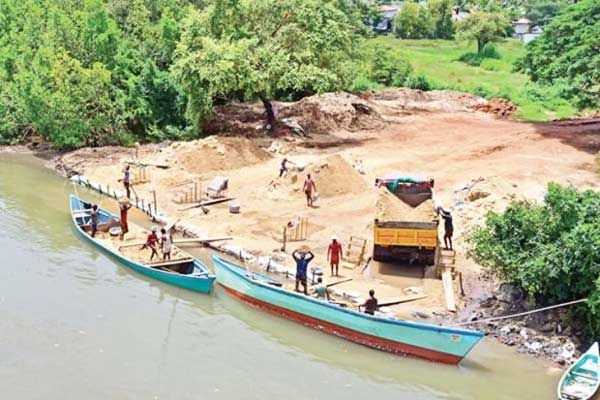 He said due to sand mining fishermen have the danger of losing their lives when they venture into deep river fishing.

Abdul Taqub said they had already met the deputy commissioner and submitted their request but said they had not got any response.

He said there is no provision to undertake sand mining in Netravati, Gurpur and Phalguni rivers. Movement of boats has not been affected. But, he said there are 17 sand mounds from Netravati and Kuloor which come under the deputy commissioner’s jurisdiction. He said the survey undertaken by the DC is not adequate as there are no fishermen in the panel. He said if permission is given for sand mining in rivers the fishermen would be forced to stage protests on the streets.

Secretary Rithesh D’Souza met the members of the fishermen association and apprised them that sand mining would not affect them in upper part of Netravati and the upper part of the Kuloor bridge.