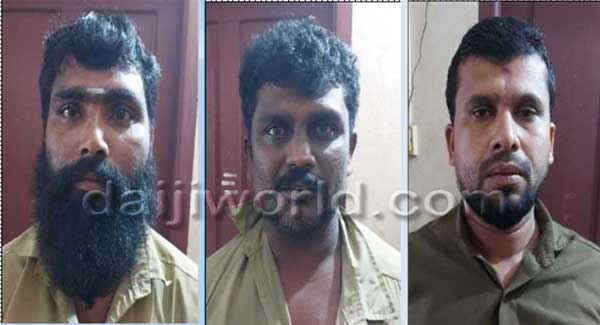 All the three accused were engaged in shouting at one another expletives and in an abusive language at the Vittal private bus stand of the taluk near the Kasba village. All the three were taken into custody for causing public disturbance.